GRA hands over some alleged tax defaulters to Police 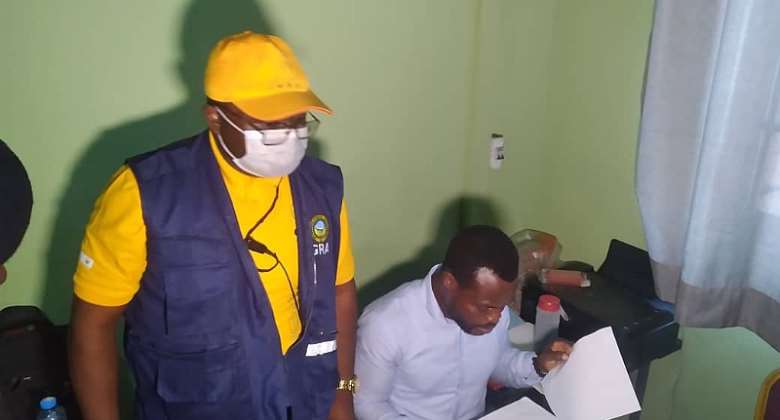 The Ghana Revenue Authority (GRA) has handed over some managers of three facilities to the CID Unit of the Ghana Police Station for investigation into non-compliance with the country's tax law.

The facilities are Champion Dishes, a Restaurant at Adabraka, Grace Has Found Us and Celeb's all at Dansoman were found not to be issuing the Commissioner-General's invoice.

Mr Joseph Annan, Area Enforcement Manager of GRA in charge of Accra Central, told the Ghana News Agency that they had violated regulations of the Value Added Tax (VAT).

exercise by the authority to retrieve some taxes due the State.

He said the Police would do their investigations, but for them as tax administrators, “we will assess their books and then apply all the penalties and interest that are applicable.”

He said it was an offence not to issue the VAT invoice and the law would take its own course.

Mr Annan said the GRA as part of a nationwide invigilation would continue to embark on mystery shopping exercises across the country to apprehend culprits evading tax.

“We will continue this exercise until our taxpayers do the needful,” he added.

He said the Authority in their auditing process would conduct a preemptive assessment, which meant that they would have to pay immediately, but then they would recommend a full audit to be conducted.

Mr Annan said even though they would audit their books the legal aspect would be handled by the CID, where they would prepare their docket for possible prosecution.