For Ghana to Progress we need Leaders not Politicians 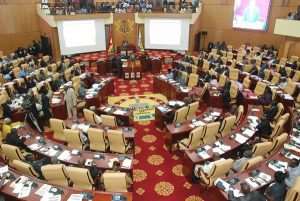 A politician cannot necessarily be a leader due to several reasons which will be explained in the article. It is often true that the best person is the one who combines leadership and political acumen. You can be a good leader but if you are a bad politician, you won't get the people to see your vision. It is rare to get a good leader who is also an astute politician.

What then is the difference between a good leader and a politician? Great leaders who have been observed throughout history are not politicians. It doesn't normally happen, but it is likely to have a good politician who is a great leader. Personally, I have observed certain differences between a politician and a leader. I can stick out my head and affirm that the most distinctive person who was a great leader was the late Nelson Mandela of South Africa.

A politician always aligns with popular public opinions while a leader aligns with proven principles and values even when they are not in line with public sentiment. Politicians campaign for elections purely for their selfish motives and ambitions, while a leader is raising support to advance a worthy cause or to advance their nation's development. Again, a politician thinks mostly about his prosperity, but a leader is thinking about posterity and the total welfare of the people.

The total welfare of the people is not the supreme concern of the politician. That is why people complain and demonstrate a lot in Ghana and Africa as a whole. Politicians tend to divide mankind into two: tools and enemies. According to Friedrich Nietzsche, the politician very often considers his opponent as an enemy. A leader on the other hand sees everyone as potential partners to work with. A politician doesn't have permanent friends and allies. They are more loyal to their parties than the country, with the view to achieving their interest. A leader is open and transparent and always defends the truth.

A true leader thinks politics is a dirty game. A leader feels it is his duty to say the truth and to an extent of fulfilling all his dreams and the projects he has planned for the country. Politicians lie about big promises that are seldom achieved. A leader comes with a clear course of action and takes responsibility for helping everyone including children's welfare. A politician always seeks to avoid responsibility for errors and assumes he is smart.

When you get the chance to enter the office of a politician, like an MCE, be bold and ask him, "Please, Sir, what is your passion?" He will tell you he will be constructing road and bridges, having completely deviated from the question.

Not until politicians avoid giving promises that cannot be fulfilled, there is no way these politicians can be called leaders. Our country is dying slowly. When will Ghana get an effective leader to change things for Ghanaians, their children and children yet unborn?

No insurance package for commercial 'pragya' operators - NIC
54 minutes ago