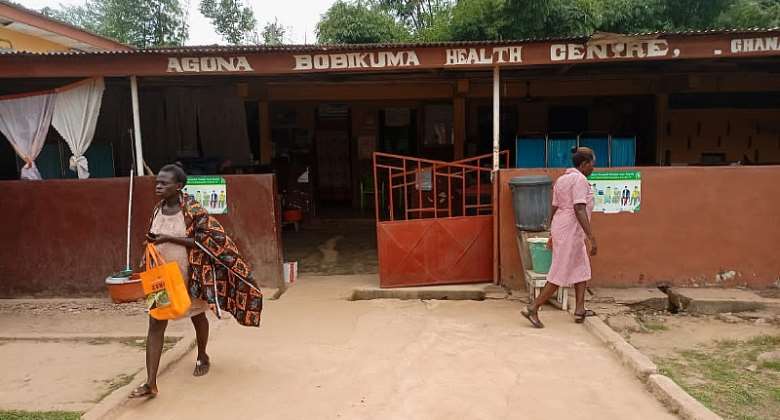 The Principal Superintendent Health Officer of Agona Bobikuma Health Center in the Agona West Municipality of the Central Region, Madam Doris Amoah has lamented over the high cases of Malaria recorded at the facility on daily basis.

She said 80% of cases recorded at the Center are malaria

Madam Doris Amoah encourages residents in the area to make good use of the numerous treated mosquito nets being supplied to them freely to protect themselves against malaria.

According to Madam Doris Amoah, the facility has been sensitizing the people on the need to protect themselves from mosquito bites following the increasing levels of cases.

In an interview with Newsmen at Agona Bobikuma on Monday, the Principal Health Officer said some people collect the treated mosquito nets only to be used for fencing their farms.

She noted that people make several excuses that they felt excessive heat when sleeping under the mosquito nets.

"Apart from the 80% malaria cases recorded on daily basis, we also record other diseases such as coughing, diabetics, high blood pressure, snake bites and deep cut associated with farming practices.

"As for safe delivery among expectant mothers, we don't have any problem. We deliver them safely when their time is due. We have a sizeable number of staff who are working assiduously to save lives.

"Our major challenge is congestion. The rooms are too small and crowded thus making it extremely difficult to operate smoothly looking at the high attendance of patients who troops to the facility, yet we are doing our best as professional medical health officers," she stated.

Madam Doris Amoah commended Nananom, the youth and individuals in community for supporting the facility whenever the needs arises saying it has encouraged them to do their best. "As I speak, Nananom are putting up two rooms to supplement our work, we appreciate this contributions."

The Principal Superintendent Officer made a passionate appeal to the Ministry of Health and Ghana Health Service to consider expanding the facility to a higher status.

Omanbaatan of Upper Bobikuma, Nana Adu Yeboah appealed to the government through the Agona West Municipal Assembly to provide nurse and police quarters to accommodate personnel posted to the said institutions adding lack of accomodation was affecting work efficiency.

"Nananom through fundraising and levies are constructing a Community Center to be used as our durbar grounds and also serve as offices for decentralized Government Departments and Agencies to offer their services in the community for Agriculture, Environmental Health and Sanitation Department, Ghana Water Company and the Electricity Company of Ghana among others.

"We also have three tourist attractions in the Upper Bobikuma here which when developed, would attract income for the nation. Nananom have made several appeals to the Central Regional Minister, Hon. Mrs. Justina Marigold Assan and our Member of Parliament, Hon. Mrs. Cynthia Mamley Morrison to lobby the Ministry of Tourism and Creative Arts to come and develop them into tourist centres. This will create job opportunities for the youth in the Agona Bobikuma and its surrounding communities," he stated.

Ebusuapayin, Nana Oware popularly known as 'Owass' on his part bemoaned the deplorable nature of the road network from Ajumako to Agona Swedru which he noted was making transportation of goods and services extremely difficult.

Staff and Students of Agona Fankobaa Community Senior High School (SHS) complain bitterly about the poor nature of the road network saying it has affected academic work and performance.

According to him, the situation had become a nightmare for the people who are mainly farmers.

"The feeder road from Upper Bobikuma to Breman Kuntanase had been awarded on contract for reshaping, but the Contractor has virtually been abandoned the project leaving commuters to their fate. The authorities must force him to come and complete the project.

"I will however commend our Member of Parliament, Hon. Mrs. Cynthia Mamley Morrison for upgrading Upper Bobikuma Town roads, we are grateful to her. It's our prayers that other ongoing projects in the vicinity would be completed soon," he stated.