Long-awaited goal of ensuring every child is born HIV-free 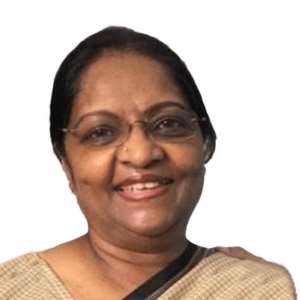 Science has gifted us tools and evidence-based approaches to ensure that there is minimal risk of transmission of HIV virus from HIV-positive parents to the child during pregnancy, delivery and breastfeeding. Despite these tools existing since almost two decades now to ensure every child is born HIV-free to positive parents, we have failed to implement them fully. As per UNAIDS, despite substantial progress made in the last two decades to ensure that every child born to positive parents is HIV-free, 150,000 such children were born in 2020. This is nearly eight times more than the desired “goal of achieving less than 20,000 children born with HIV worldwide by 2020”. More worrying is that the pace of the decline has slowed in recent years.

Dr Glory Alexander, who has been devotedly working for providing medical care to people living with HIV, for more than three decades, spoke with CNS (Citizen News Service) spoke around the 24th International AIDS Conference (AIDS 2022). Besides, being one of the organisers of this world’s largest AIDS conference taking place in Montreal, she is also the founder of ASHA Foundation (Action, Service, and Hope for AIDS Foundation) in Bengaluru, India, and elected as national Vice President of AIDS Society of India.

According to the latest report of NACO (National AIDS Control Organization of India), in 2020-21 a little more than half (56% or 11,744) of the estimated HIV positive pregnant women (20,900) received care through HIV counselling and testing services in government and private healthcare facilities. Of those diagnosed HIV positive, 10,937 pregnant women were initiated on or were already on lifelong antiretroviral therapy and 85% infants born to HIV-positive mothers were put on antiretroviral prophylaxis. The report further says that ‘To achieve the target of elimination of Mother-to-child transmission of HIV, there is a need of significant improvement since overall coverage of Prevention of Mother to Child Transmission (PPTCT) cascade service is low at National level as well as inter-State level.’

Dr Alexander said that, “In India women constitute about 44% of those infected with HIV. Women who come from HIV key affected populations such as sex workers, are more likely to be reached by HIV services periodically and receive care. But 90% of the women living with HIV in India are housewives who mostly get infected through their husbands. When they get pregnant, HIV infection could get transmitted to their children. It is very important to target these women, more so as they do not perceive themselves to be at risk of HIV infection as they are likely to have single partners and may not be indulging in risky sexual behaviours. Moreover, Indian women are perceived as caregivers but themselves have poor health-seeking behaviour. So they rarely come by themselves to get tested, even though it is very important to diagnose these women early on.”

“Women are more prone to co-morbidities like cardiovascular and cerebrovascular diseases. They also respond in a different manner to antiretroviral therapy as we have to worry about their bone health and there is an increased risk of cancer of the cervix in women who are HIV positive. Thus women and children are very important cogs in the wheel for the management of HIV infection and need to be diagnosed and treated early on”, she added.

In India every year 27 million women get pregnant and hidden among them are about 20500 women who are HIV-positive. “It is very difficult to be able to trace all these 27 million women and test them for HIV. So one barrier is testing such a large pool of pregnant women every year. As per the annual 2020-21 report of NACO, till September 2020 they were able to test about 15.7 million women for HIV and of these about 9, 000 were found to be HIV positive. Another problem is that even today many women in the rural areas do not come to a hospital even for an antenatal check-up, though that is slowly improving over the years,” said Dr Alexander.

“Today in India many HIV positive women want to have children and in the past few years I have not had a single positive child born in my small cohort of pregnant women as I test them all and put them on antiretroviral therapy if found positive. To have or not have a child is a woman’s individual or personal decision or choice and should not be forced on her. We still have instances in India where many HIV positive women were being falsely advised to have an abortion as they were told their child would be born HIV positive. In fact if an HIV positive woman wants to become pregnant we must support and help her so that she gives birth to an HIV negative infant,” said Dr Glory Alexander.

Thirty five years of medical service of people living with HIV: how did it begin?

“In 1987, I had just started working as a Consultant physician at Baptist Hospital in Bengaluru, capital of India’s state of Karnataka. One Monday morning while doing my hospital ward rounds, I came across a newly admitted American patient who was very sick with a respiratory problem. He asked me if he had AIDS. I was shocked, because at that time even we doctors had very little knowledge about AIDS. After sending him to the intensive care unit, I went to the library to read up on AIDS and was convinced that he was suffering from Pneumocystis pneumonia, a very common opportunistic infection in people who are infected with HIV. I sent his blood sample for diagnosis to my alma mater Christian Medical College Vellore, as no HIV testing facilities were available in Karnataka at that time. We lost the patient 36 hours after my first interaction with him. His test results came one week later confirming that he was HIV positive. He died a lonely painful death far away from his family. I learnt later that he was a homosexual person from San Francisco who had come to India because of the stigma he was facing in his own country. His death impacted me severely. I wanted to do something for the people living with HIV. I finally resigned from my full time hospital job and started ASHA Foundation to contribute my two bits for society. We started an AIDS helpline to keep people informed about HIV and also a clinic for HIV-positive patients. Later we included adolescent health education, camp rainbow for HIV positive children, care and support services for families and people infected with HIV and prevention of mother-to-child transmission, as part of our services,” shared Dr Alexander.

As of now, fourteen countries have eliminated mother to child transmission, out of which four -Thailand, Malaysia, Maldives and Sri Lanka - are in the Asia Pacific region. While India is making some progress in this direction, it is still far away from achieving this goal. Let us hope that AIDS 2022, gives an added impetus to the countries’ resolve to ensure that no child is born with the HIV virus. Amen!