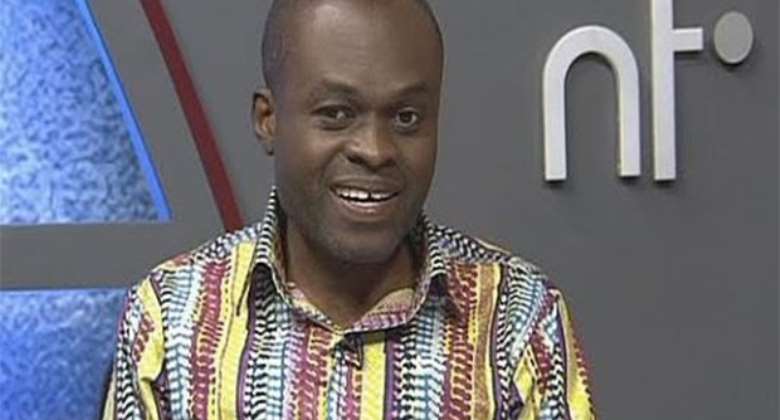 We wish to express our sympathy to Lawyer Kpebu for his fall last Saturday during a current affairs programme on one of the radio stations in Accra.

It is unfortunate that by his fall, he has increased the tally of unethical presentations on the station's “flagship programme” which have only palpably exposed the concealed agenda of the moderator and his pact with a political interest group.

Many who heard the disingenuous submission could not help but wonder whether the source really belongs to the order of the learned personalities in this country.

The catalogue of anguish, which followed the nasty and foul remarks, underscored the level of emotional anguish people endured while listening to the programme as it helped the lawyer pour venom on the President of this country, he claimed to be a citizen of.

Must a disagreement with the majority of the choice of Ghanaians for a President and political party be translated into such nonsense?

It was indeed an opposition National Democratic Congress (NDC) project gone sour without doubt. If that was what the party intended for that round of diabolical activities against the ruling New Patriotic Party (NPP) and the President, then we are sorry it rather exposed the inherent iniquitous goal of the opposition NDC and the pawns in the game-plan.

It is heartbreaking that the channel and the moderator would allow such irresponsibility to be displayed on a radio station which prides itself to be a paragon of ethical excellence.

The forgone false claim of quintessential performance was loudly absent during the programme which triggered this commentary and indeed many before it.

Melancholy and emotional pain are what respectable citizens of this country are feeling about this arrant display of abuse of democracy and Ghanaian values.

How dare that lawyer visit such harsh words like “criminality” on the first Gentleman of this nation”?

The motive behind the outburst was anything but good and inuring to the good of Ghana.

An obsession for power should not lead people to embark upon coup mongering, outright planning for a putsch through subtle inciting of the good people of this country. We saw the “Arise Ghana” demo and even read about the plan to destabilise this nation for which a group of people are being tried. They are all intertwined, part of a grand scheme.

The attack on the personality of the First Gentleman was a lunacy gone too far for the comfort of the citizens of Ghana.

We have taken note of a textual show of remorse penned by the radio station or even the moderator. Unfortunately, the coinage is bereft of the poignancy and finesse needed to convince Ghanaians about its sincerity. It has failed to convince the people of Ghana to reverse their opprobrium for what transpired last Saturday.

It was a dark spot on our democracy and media practice and regrettably shamefully so.

Bawku Conflict : NMC cautions against "weaponization" of med...
17 minutes ago