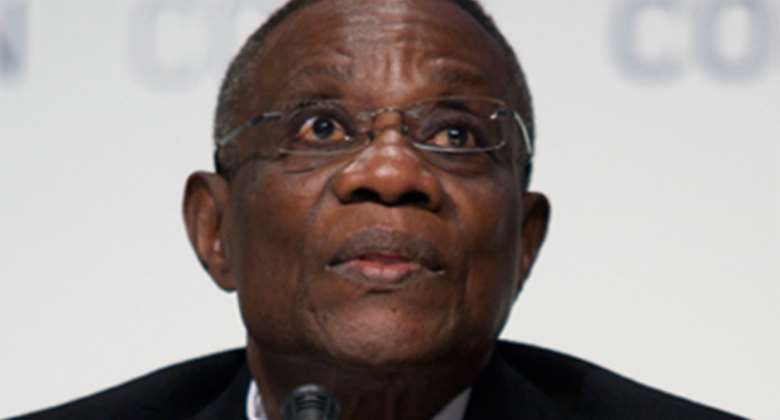 Ghanaians are once more in the grips of the stress of not knowing what killed a sitting President.

This subject appears to have taken the form of a jinx since the past few years. It pops up once in a while with fresh gusto.

Hon Samuel Atta Mills has not been fair to himself and a government which made the Asomdwee Park presentable and indeed befitting of a resting place for a President who died while in office.

We are surprised at the sudden outbursts of the brother of the late former President. Shouldn't he have rather screamed long before now about what actually killed his brother and to demand to see the autopsy report on the deceased?

We have heard about the elevation of the Asomdwee Park the task of which was bestowed upon the Coastal Development Authority by President Akufo-Addo.

Shouldn't those prompting the Honourable MP to embarrass himself be rather showering plaudits on President Akufo-Addo for his post humus gesture for the former Prof/politician?

A President announced the beautification of the park after the mysterious digging of nine graves at the now Jubilee House. The promise was never made good leaving the place to vegetate and serve as a sanctuary for drug addicts and lunatics.

Shouldn't we avoid hypocrisy and be real in our doings? When Andy Kankam, one of the late former President's aide, yesterday poured his heart out about the treatment meted out to his former late boss, he was doing so with pain and verifiable evidence.

We are compelled to refer to his disclosure that Hon Samuel Atta Mills was being pushed to go on the bellicose tangent for a so-called exhumation of his brother's remains without informing the Mills family.

Why would the remains of the late former President be exhumed as Samuel is alleging? An opposition party ready to muddy the waters at every opportunity can do worse things than this.

The pain and regret of not doing what President Akufo-Addo has done in style should be plodding the hawks in the NDC to do what they are doing through a willing Samuel Atta Mills.

Of course the date would be a moment of joy for President Akufo-Addo and Koku Anyidoho. The latter was instrumental in liaising between the Presidency and the sincere friends of the late President Mills towards the enhancement of the final resting place of the deceased. He and Andy Kankam have not ceased acknowledging the good gesture of President Akufo-Addo.

In some matters, politics and mischief should be shoved aside so logic and common sense will prevail. The case of honouring a former President who died under mysterious circumstances is one which should be spared such NDC mischievous traits.

Even as we continue to pose the question “where is the autopsy report of the late former President John Evans Atta Mills?” although we know the answers won't be forthcoming, we would nonetheless posit that letting the man rest in peace is a shared responsibility. Not however, when the likes of Samuel Atta Mills allow themselves to be manipulated as Andy Kankam claims.