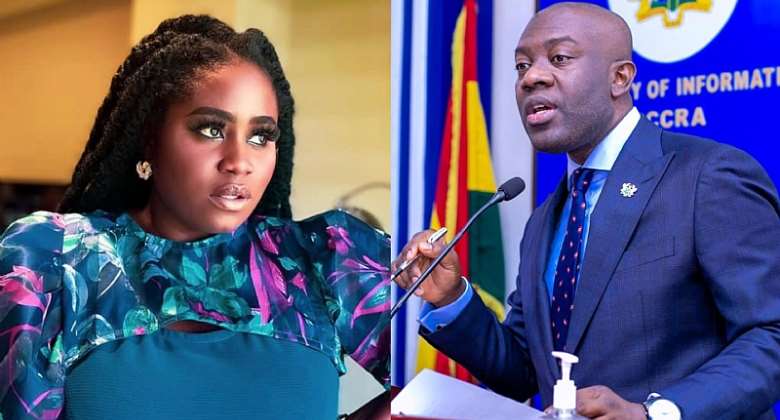 Ghanaian actress and ferocious social critic, Lydia Forson, has expressed disappointment in the Information Minister, Kojo Oppong Nkrumah for defending acts of corruption in his government.

The actress believes the former journalist who used to grill politicians engaging in corrupt acts on radio has now become more corrupt than the term corruption itself for frequently defending the nefarious activities of the NPP government.

She expressed her disdain towards the Information Minister in a Twitter post on Thursday, July 7, 2022, spotted by Modernghana News.

“But I still stand by my belief that Kojo Oppong went from grilling corrupt politicians, to now leading politicians to defend the indefensible!

"He’s the best thing for NPP and the worst for us,” her tweet reads.

Meanwhile, one netizen who seems unhappy with her tweet has dared her to do the same when the NDC finally wins power if she has the nerves to do so freely.

In response, Miss Forson stated that she does not owe anyone an explanation for her criticism, nor is she doing so in order to be recognized.

Read the clash below;

You're right girl..the way u dey bash blockheaded wicked NPP fanatics, when JM comes to office in 2024 and he messes things up and you don't bash him or his people, I swear me and you, it won't be well for us in this country... Trust me.

I don't owe you or anyone to be honest. I don't do this for validation from anyone, neither do I take threats lightly. Bless.