No surprise teachers have embarked on a strike; gov’t has taken them for granted – Minority 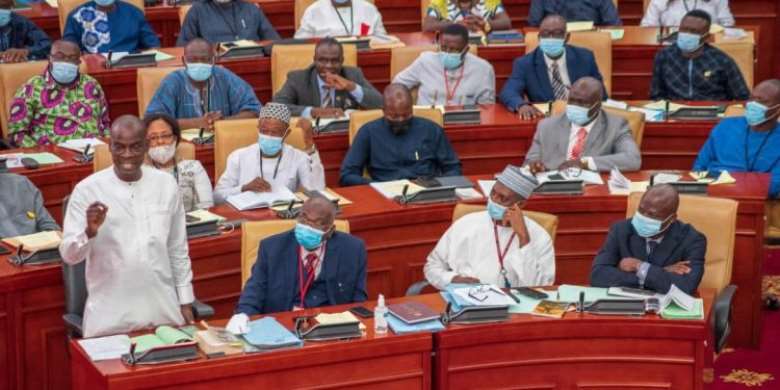 The Minority in Parliament has hit out at the government for taking teachers in the country for granted, resulting in the latest strike action by the various teacher unions.

In an interview on Starr Today on Tuesday, the Ranking Member on the Education Committee of Parliament, Peter Nortsu Kotoe said the Minority is not surprised teachers have declared another strike.

According to him, the government has continually taken teachers in the country for granted which is not the best.

He further noted that it is important for the government comes out with a statement to explain why it has been unable to yield to the calls from the teachers.

“The government must come out with a statement because if some people are asking for something and as a government you are not responding it is very serious.

“So I am not surprised that they have gone on a strike. I am expecting the government to come out and say something about whether they will do it or not. If we will not do it these are the reasons we will not do it. There is nothing coming from the government so I am not surprised that the teacher unions have embarked on a strike. When you are silent on the matter then you are taking the people for granted,” Hon. Peter Nortsu Kotoe said.

The Akatsi North MP added, “So I feel that the government still has an opportunity to appeal to the teachers, tell them something and then we see the way forward.”

Meanwhile, the Ghana Education Service has asked heads of schools to keep schools open despite the strike action by the teacher unions.

Latest Photo Reports
Catch up with all the political quotes from our politicians.
Advertise here
More from Headlines
ModernGhana Links
NE/R: Nursing student who threatened to kill patients in a TikTok video to face sanction
Tariff increment: 'Ghanaians have shown readiness to pay a little more to avoid ‘dumsor’'— Gabby
'Utility tariff will exacerbate current cost of living; do something to help Ghanaians' – Minority to gov’t
TOP STORIES