‘Has God told you if you go to Jubilee House, you’ll be heard better?’ – Ben Ephson blasts Arise Ghana protesters 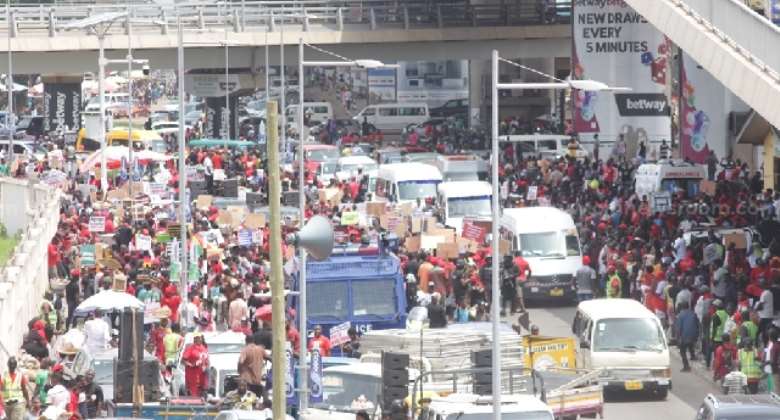 Pollster Ben Ephson has said he is outraged at the Arise Ghana demonstrators and their leadership for insisting on marching in front of the Jubilee House – seat of the government – during their protest that started on Tuesday, 29 June 2022.

The protesters clashed with the police phalanx amid firing of rubber bullets and tear gas.

There were injuries on both sides.

So far 29 of the demonstrators have been arrested.

The police, in a statement, condemned the breach of agreement by the demonstrators.

Speaking on the Class Morning Show about the incident, Mr Ephson, who is the Managing Editor of the Daily Dispatch, told Kojo Oppong Asamoah that since the Kume Preko march led by Nana Akufo-Addo in the 90s against the introduction of Value Added Tax, “demonstrations have become ‘ineffective’ at getting governments to change their mind”.

For instance, he noted that the E-levy was reduced from 1.75% to 1.5% not because of a demonstration.

In his view, the Arise Ghana demonstrators faulted by insisting on using the Jubilee House road when they had initially agreed with the police that it was out of bounds.

“I think that the leaders of the Arise Ghana demonstrations have a responsibility for anything that happens because if you’ve agreed with the police that these are the routes we are going to take, the police said, ‘we’ll not allow you on this route’, so, the police blocked the routes you originally wanted to use and you wanted to break through that, no responsible police officer or commander in charge will allow you”, he said.

“That one, no matter which government is in power … they [police] will not allow you. I think that the leaders have a responsibility to bear for their decision to go back on their agreed routes with the police”, Mr Ephson stressed.

He wondered: “What is so special that if you don’t go to Jubilee House, you can’t make your views known?”

“You cannot take the law into your own hands”, an angry Mr Ephson said.

“I repeat: I will not adhere to any group which will renege on an agreement with the police. Why do you want to go to Jubilee House? Has God told you if you go to Jubilee House, you’ll be heard better? You put people’s lives at risk”.

“My anger is that you agreed that ‘we’ll go through this path’”.

Mr Ephson said if the demonstrators have any information contrary to the alleged agreement they had with the police, then they should make if public.