Time to End Clap-Trap About ‘Debt-Trap Diplomacy’ in Africa! 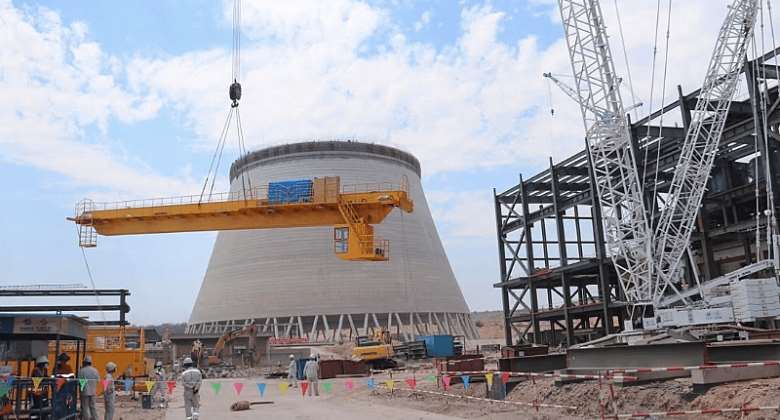 While China is Africa’s biggest bilateral creditor, most of the continent’s debt is due to private Western holders of African debt, according to a new study. Photo: PowerChina

Africa’s Bigger Worry Is Western Bondholders-Study Finds, an article in the South China Morning Post (see below), is yet another refutation of the baseless ‘debt-trap diplomacy.’ Western propaganda accuses China of deliberately driving African nations into debt, in order to seize their assets upon default on their loans. These charges have been disproved again, and again, including by the China-Africa Research Institute-CARI, Johns Hopkins University Washington DC. Not to overlooked: not one African asset or project involving China has been seized!

“Contrary to the debt-trap narrative, if a wave of African defaults materializes in the near future, as IFI officials have been fearing since at least 2015, it will be catalyzed more by private-sector maneuvering and intransigence than by Chinese scheming,” the study said

These false allegations against China and its Belt and Road Initiative, have been repeated without a scintilla of evidence, by leaders of Western governments including several U.S. Presidents, members of Congress, and State Department officials. The motivation for the mindless repetition of what is a blatant falsehood, is the perverted geopolitical doctrine. The followers of this geopolitical mindset insist that for the U.S. led West, to maintain their supremacy in the world, they must suppress and weaken other superpowers, to prevent them from challenging the U.S.-West hegemonic status. Sadly, from the ideology of western geopolitics, the African continent is seen as a mere chess board with African nations as mere chess pieces to counter China’s emergence. To China’s credit they have collaborated with African nations to build vitally necessary infrastructure, while for the last fifty years, the West has refused to make these long term investments.

As I have documented on this website for years, Africa’s infrastructure is so huge, that the demand for capital investment cannot be satisfied by one nation alone.

There is a harmony of interest for the U.S. and China to cooperate with African nations to eliminate poverty and hunger, which I know can be done within one generation. Let us jettison the relic of geopolitics and adopt a mission that is in the shared-common interest of humankind.

•China is the continent’s biggest bilateral creditor but most of the debt is due to private Western holders of African debt, according to a new report

•Private-sector manoeuvring rather than Chinese scheming more likely to induce a wave of defaults, researchers say

The rise in African debt due to Chinese lending pales in comparison with the debt burden created by private creditors in the last decade, according to a new report taking aim at accusations that Beijing engages in “debt-trap diplomacy” on the continent.

The study – by Harry Verhoeven from the Centre on Global Energy Policy at Columbia University, and Nicolas Lippolis from the department of politics and international relations at the University of Oxford – says the debt-trap narrative is a function of China-US strategic and ideological rivalry rather than a reflection of African realities or perspectives.

“What keeps African leaders awake at night is not Chinese debt traps. It is the whims of the bond market,” the report says.

Debt-trap diplomacy involves extending loans to countries and taking control of key assets if the debtor defaults on repayments.

While China is the continent’s biggest bilateral creditor, most of the debt is due to private Western holders of African debt, according to the researchers. Capital, in the form of debt repayments, thus continued to flow from Africa to Europe and North America, the study said.

Verhoeven said the percentage of African debt owed to China was less compared to that borrowed from private creditors.

“[Chinese debt] is not the most rapidly growing segment of debt. Other credit lines have grown a lot more in recent years, especially those towards commercial creditors,” said Verhoeven, co-author of the report “Politics by Default: China and the Global Governance of African Debt”.

“These are bondholders, people from London, Frankfurt and New York who are buying African debt. That segment in the last couple of years has grown much faster than any liabilities that African states owe other creditors.”

The report cited confidential estimates of international financial institutions (IFIs) that showed sub-Saharan Africa’s government debts to Chinese entities at the end of 2019 totaled around US$78 billion. This was about 8 per cent of the region’s total debt of US$954 billion and 18 per cent of Africa’s external debt.

Ejisu Roman Catholic School gets water closet for the first ...
50 minutes ago