Bishop Bosomtwe and The Rise of "Pastor-Preneurs" in Ghana: A Homegrown Tragedy 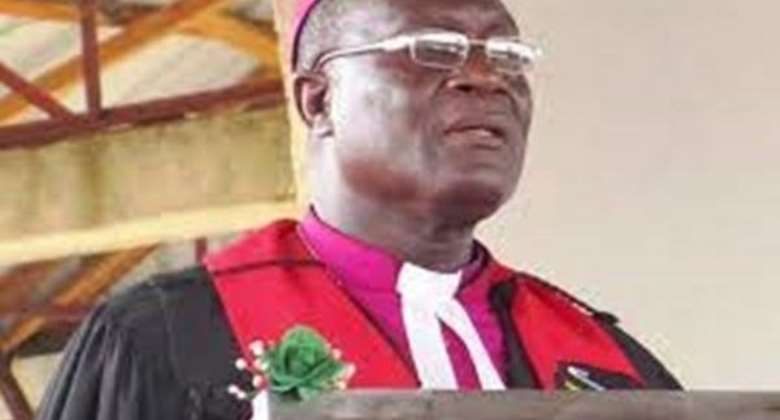 Fellow Ghanaians, despite the cesspool of mess and the unacceptable nonsense of leadership going on in this country, many opinion leaders have decided to exchange their credibility in support of that apparent governmental malfeasance and inadequacy of stewardship to trigger a coup-de-grace on a rather profusely bleeding country!

While some influential capos in the country have negotiated their chiefdoms and traditional authorities for weighty "brown envelopes" that recoil them into their shells and cultivate a culture of silence over pressing national issues, others have sold their clerical collars in exchange of a pat from politicians on their backs.

This very latter group are the Pastors Bamidele Ademola Ulateju of Nigeria refers to as "Pastor-Preneurs". These are "stomach pastors" and merchants of falsehood who have found it convenient to commercialize their clericalism.

The amazement here is that many of this increasing body of political malcontents of the Christian faith in the country are from Christian organizations that are highly revered and respected globally.

A classic example is the Methodist Church Ghana that is not only impeccable and refined in conduct but has been a social engineer and beacon of achievement in the country.

Unfortunately, the Methodist Church is fast becoming a breeding ground for charlatans who easily mortgage their integrity to cushion the evaporated trust of some unrespectable public office holders in the country who deserve nothing but shame.

Why would a purported man of God would stood this low is not farfetched. It is absolutely understandable. The economic doldrums in the country that has been largely triggered by lack of honesty and prudence in the management of the economy has by-and-large thrown every Ghanaian life into chaos.

As a result, the hunger in the land does not only increase the rate of crime, it has stripped many kings, chiefs, and enumerable religious leaders off their authority and moral values and principles respectively.

While some chiefs are literally selling their “skins” and “stools” to politicians to survive the hunger, many Ulama’s turbines have been unwind, and clerical collars of clergymen have been put on sales to political vultures of the country.

It is amazing how some clerics have commercialized their pulpits including their holy scriptures at the command of the god of the Mammon.

For such clerics, what goes into their pockets is enough to dictate their public comments. And the government and politicians now interpret the holy scriptures for them and even decide when Salah be observed.

This “Almajiri clericalism” is one homegrown tragedy that has contributed to uncontrollable and unrestrained leadership buccaneering which has paralyzed and crippled our nation in every aspect.

Where and when did this group of food-is-ready clerics descend this low? Why?

Of course, there are few good ones who have been bamboozle into silence.

Nevertheless, with the Misery Index keeps escalating and worsening sorrow and drudgery of the masses cannot longer be ignored and tolerated, if there's one thing that can lead to the loss of the conscience of the country it is the uncalculated meddling in politics by "Pastor-Preneurs" (Commercial men of God who have been looting their congregants to the hilt and zenith).

Obviously, the god of the Mammon they usually gather from their poor congregants to live luxurious and opulently larger-than-life lifestyle is not enough. They now want it huge in politics.

No wonder there has been torrential rain of prophesies lately by some men of God majority of whom are nothing but pastor-preneurs. They feed fat on the gullibility of the unsuspecting masses.

While it may be difficult to trace the roots and origin of this menace within the body of the church, it can no longer be brushed aside the stomach pastoral services and activities of many clergymen.

The Methodist church of Ghana is one of the most respectable and celebrated Church in the country. Not only because of its pioneering role it played in the establishment of formal education in Ghana, but its ability to cultivate well-trimmed individuals in the country. The church over the years has roundly enjoyed salutations from far and near among well-meaning global citizens.

That is because the Church has an unshaken purpose and commitment.

It appears 61 years down the line some charlatan Bishops are violating the timeless values of the Church with their political coloration.

For the first President of the country who graced the occasion, Dr. Kwame Nkrumah, the Methodist Church was expected to assist the young country in the social and educational development. The Church was expected to teleguide political leaders by a being role model and pace setter in guidance and inspiration.

As a result, the Church is not exempted from adding its voice to national issues.

According to Joseph M. Y. Edusa-Eyison, the Church owes its membership an explanation of its opinion on pressing national issues. He contends that as a result of this duty, the Methodist Church is expected not to be neutral in times of mismanagement of the country like we are witnessing in Ghana today. And it has always behooved the Methodist Church to declare its stance as a matter of moral duty during periods of misgovernance.

It is rather sad that characters like Bishop Bosomtwe have exchanged this sacred duty of the Methodist Church for filth lucre.

Instead of speaking in favor of the masses who are suffering under the brutal weight of incompetence by the current New Patriotic Party, NPP administration, the Bishop declared himself as a card-carrying member of the party.

Since 2014, the Bishop has been making waves in the Ghanaian media landscape seriously campaigning for the incumbent political party using the prestigious pulpit of the Methodist Church Ghana.

It is embarrassing that a senior member of the Church - a Bishop - would openly, without any iota of shame, use the influential apparatus of the Church to insinuate that a colossal leadership failure like the Nana Addo government be defended. It is shameful that the Bishop doesn't see the need for President Mahama, as the chosen most authentic political Messiah, to return to office, even as every sane Ghanaian is yearning for his return.

Nothing can drive a man of his caliber to be deliberately blindfolded about a palpable reality of economic catastrophe like this if not monetary inducement, bribery, and corruption.

I hear the Bishop is fingered for the disappearance of some GH¢200,000.00 while he was serving as head pastor at Obuasi. Here is the link below.

Nevertheless, there are those who have been tabling the blame at the doorstep of the Methodist Church in general. For this school of thought, the fruit does not fall far from the tree. Hence, this unwarranted political showmanship exhibited by the Bishop in the apparel and paraphernalia of the Church’s clerical collar has something to do with the main body. I think such insinuation makes simpleton of the argument that tars the whole Methodist Church with the same brush because of the dastardly activities of one black sheep.

For me, we must give the Methodist Church the benefit of the doubt to clear its name by taking disciplinary measures against the Bishop for soiling its name and brand.

I also think the Methodist Church’s much touted cogitativeness has not deluded them yet.

It is my well-considered opinion that the said Bishop Bosomtwe Ayensu be “de-Bishopped” and defrocked for dwelling on the influence of the Church to unduly carry out his mercenary job.

Dr. Bawumia may likely need him as a running mate in the 2024 general elections.

He probably has outlived his usefulness to the Methodist Church.

We wish him good luck in his new calling.

You can reach the author through: