Hello Professor Mills: Are You There? 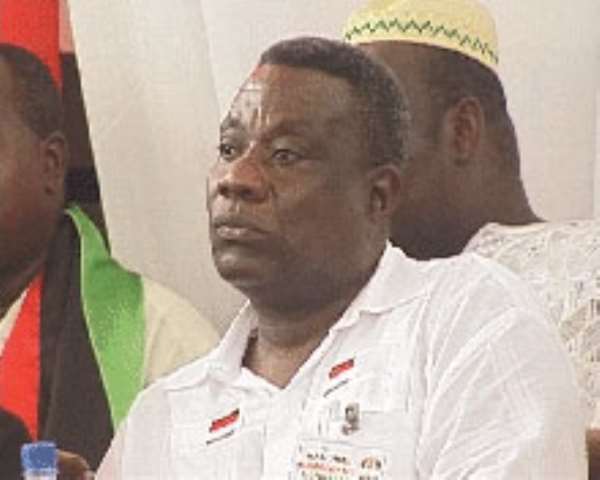 This is election year and the two giants are the two Johns. John the president and John the major opposition leader, but the spotlight now is on John E. A. Mills, the flag bearer of NDC.

Now Prof Mills, in the old days Professors were people to be feared, especially Prof Hindu, Prof Mamba and Prof Kye-Adee. Readers who are under 35 years might not know these people I am talking about; but they were great people, they were Ghana's equivalent of Nostradamus, Aleister Crowley and Houdini. The one I know very well is Prof Kye-Adee, because he operated in Kumasi , where I was born and bred, so I saw most his performances. These people could conjure out of thin air all the things that you had ever wished for in life, and give them away for free. Rice and stew, Charlie Wote, Dumas, you name it!

I sometimes wonder why none of these people ever put themselves forward as Presidential candidates in those days; because they could have solved our problems instantly. They could easily have created 100,000 jobs in few days. But I also sometimes wonder why Prof. Mills is not able to do the same as Hindu and others, after all he is also a professor just like Hindu and others!

Well Prof Mills, I have always known that your campaign isn't going to be easy for you because NDC has never been a political party in the true sense.

It is a conglomerate of hangers-on, impostors and opportunists who decided to hang out together for what they could get out of it who did not have any lasting loyalty , unlike a party like NPP which has metamorphosed form UP(Mate me ho)to PP to PFP to PNP and it has loads of dyed-in the -wool followers.

This is something I found out from the 2000 elections;- whereas the foot-soldiers of NPP did whatever they do out sheer dedication, NDC guys were always waiting for logistics or imprests from headquaters to carry out their duties! This is the way they have been brought up.

If you have a party that is built around the likes of Okumkom Akwasi Agyeman, who single handedly contributed immensely to the deep unpopularity of NDC in Ashanti Region, Kofi Asante and Mike Gizo, who would turn their backs on you when you need them most, the party is bound to suffer! I always cite these people not because I dislike them, but to me , they epitomise the true nature of the African politician! That is :-

a. Change your colour according to the situation.

b. You must have an inordinate propensity towards greed.

c. You must not have a permanent loyalty.

Prof Mills, your campaign has been very low key and ineffective. As a political boxer, you are like a heavy weight boxer who broke his wrist in the very first round after landing only one blow on the opponent and are dancing around the ring and clinching to avoid inevitable knockout.

One fact is that in this election campaign, neither you nor the government have much to say to convince the discerning voter but luckily for all of you , the discerning voters are a tiny minority and I doubt if their votes can tilt the scales in favour of anyone ; so it down the party which can make the most noise to attract voters and the party that can bid the highest for the votes that are for sale!

The only person making some noise in your camp is your former boss, who unfortunately is not a factor in this equation. You are constantly being upstaged by him. Some people are querying your record as a past vice-president but I am not going to mention that because the position of a vice president is just a glorified seat with no real power as long as the president lives; and in your case, the Ackaah incident is always fresh in your mind; I believe that it is one of the reasons why you made the 24 hour consultation utterance.

You are also being made to carry all the baggage from AFRC- PNDC days which I believe is not fair but what can you do ? Love me,. Love my problems.

I also hear that you have financial problems; why don't you confer with Obed to make available some of the money stashed in his garage and also Madam Rawlings about the 31st December Women's Millions. After all she has an ambition to become president, so if she helps you now, you would also help her when the time comes!

As at now, it is very gloomy and only divine intervention could help. Views expressed by the author(s) do not necessarily reflect those of GhanaHomePage.