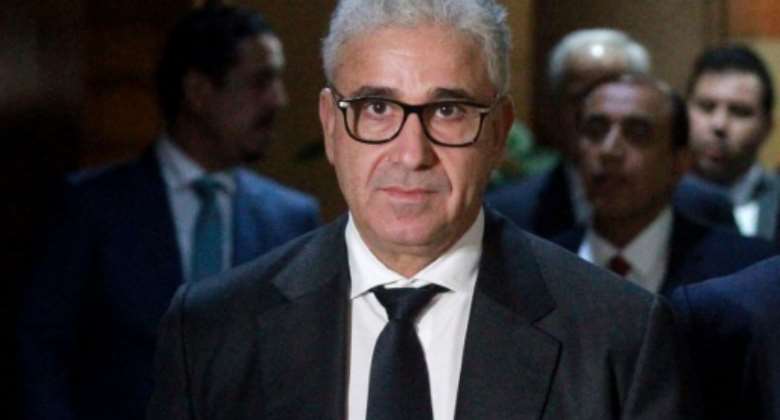 Fathi Bashagha was named prime minister by the Libya's eastern-based parliament in February, in opposition to the administration in Tripoli. By Abdullah DOMA (AFP)

Libya's rival government selected by parliament in the east met for the first time Thursday, challenging a cabinet brokered by the UN and based in the capital Tripoli in the west.

Bashagha's appointment was in opposition to prime minister Abdulhamid Dbeibah, who was installed following painstaking United Nations-led talks just over a year ago.

On Thursday, the cabinet led by Bashagha met in the southern desert town of Sebha, 650 kilometres (400 miles) south of Tripoli.

"We are keen to carry out our work as the legitimate Libyan government emanating from the legislative authority," Bashagha said.

"After chaos and tyranny, a new era begins today," he added.

The rival adminstrations are the latest political split since the fall of dictator Moamer Kadhafi in 2011.

On Wednesday, Bashagha repeated his intention to assume office in the capital, while stressing his commitment to a "peaceful option" to achieve this.

Dbeibah, in Tripoli, has said he will only hand power to an elected administration, but polls scheduled to be held in December were indefinitely shelved.

His political rivals say his term ended with the postponement of the elections.

Bashagha is backed by Khalifa Haftar, the eastern military strongman who led a failed bid to seize Tripoli in 2019-20, and who maintains control of several oil installations.

The creation of two governments echoes Libya's troubled period of double administrations between 2014 and 2021, when the oil-rich nation was ripped apart by civil war.

Oil production, the country's main source of income, has again been hit by political rifts with a wave of forced closures of oil terminals by groups aligned with the eastern camp, who want power transferred to Bashagha.