Rising cost of living amidst Russian-Ukraine war: Focus on the cost of water in Ghana 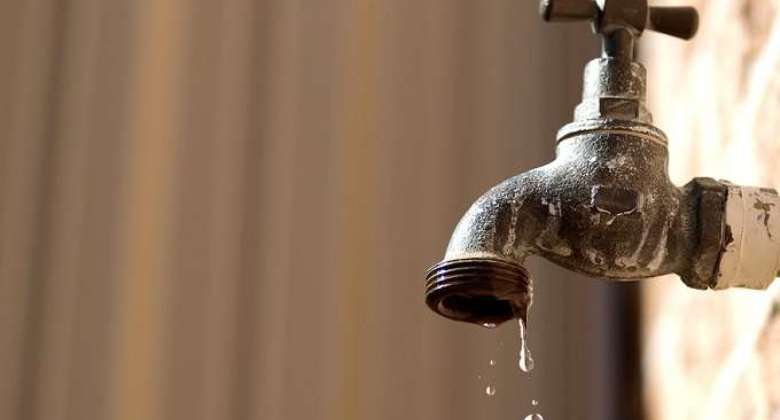 Inflation in most countries have gone up due to the rising cost of energy that has been necessitated by the Russian invasion of Ukraine. Countries which hitherto had stable inflation, have suddenly experienced a surge in inflation.

In the USA for example, "The Consumer Price Index rose by 7.9 percent through February, the fastest pace of annual inflation in 40 years. Rising food and rent costs contributed to the big increase, the Bureau of Labor Statistics said, as did a nascent surge in gas prices that will become more pronounced in the March inflation report" (Smialek, 2022).

The rise in inflation which has been worsened by the Russian/Ukraine War has not affected only big economies like America, but other countries across the globe. Reuters reported that "The price of unsubsidised bread has jumped by as much as 25%, from 1.00 to 1.25 Egyptian pounds a loaf, in some bakeries in the three weeks since Russia's invasion of its neighbour. Flour prices have risen by up to 15%, said Attia Hamad at the Cairo Chamber of Commerce" (Reuters, 2022).

Further, "Food prices had been rising in Egypt even before Russia's invasion of Ukraine, but now bread - a politically symbolic staple on which many Egyptians are heavily dependent - is becoming more expensive as Black Sea wheat exports are disrupted". This has compelled Prime Minister Moustafa Madbouly to set the price of commercially sold bread at 11.50 Egyptian pounds ($0.66) per kg.

Ivory Coast, Ghana's West African neighbour, has had its fair share of the rising cost of living. The Ivorian government had to step in to help stabilise prices.

Hume-Ferkatadji (2022) writing for RFI states that there have been "requests of consumer associations to update the list of goods whose prices are controlled, which had remained unchanged since 1997".

As a result of this request "In addition to fuel and baguette, the prices of meat, fish, refined cooking oil, local rice, building materials, public transport, social housing rents, and internet access prices will therefore be set by the State (Hume-Ferkatadji, 2022)".

Ghana, has also been experiencing similar rise in the cost of food and other products. Government doesn't control prices of essential items. However, when transport fares are adjusted upwards, it normally has a reverberating effect on other goods and services.

Currently, the cost of drinking water has gone up in most parts of Ghana for which most people and especially those in government haven't averted their minds. Sachet water which was sold for twenty pesewas, now sells for twenty-five pesewas (0.25) and thirty pesewas (0.30). I have been told that it is now sold for forty pesewas (0.40) in the nation's capital, Accra.

However, in Ghana, the "Ministry of Health (MoH) in its Regenerative Health and Nutrition Programme (RHNP) recommends a daily consumption of at least eight glasses of potable water (BioMed Central Ltd, 2022)". Eight glasses of water can be equivalent to eight sachets of water daily.

Further, if ¢16.8 figure is multiplied by four weeks, we arrive at ¢67.2. Assuming, one is having a family of five adults, and each person is consuming ¢67.2 worth of sachet water, then it means that the family is spending about ¢336 on water monthly.

To make matters worse, one has to pay for water bills as well. The water that runs in most pipes in Cape Coast isn't potable. Most homes rely on sachet or bottled water depending on the disposable income available to each family.

All these have come about because the water that runs through our pipes is not potable. It's not a luxury but, most struggling families are compelled to buy sachet water instead of relying on pipe-born water for drinking.

Most families in Cape Coast and some parts of Ghana only use pipe-born water for cooking and cleaning because they doubt the quality. Water is life as has been the common cliche. Water is gradually becoming expensive and there is the need for government to intervene to reduce the cost as has been done in Egypt and Ivory Coast regarding the items those governments find as essentials.

I've spoken to a sachet water producer and he laments about the rising cost of the production. I chose to dwell on water because it's an indispensable commodity. It's not like alcohol or food where one can have a variety or preference to choose from or decide not to buy at all.

We all need water to survive. We cannot be spending the amounts we spend in recent times on water. It isn't appropriate and healthy for a developing country like Ghana.

Fuel prices have gone up, Telcos have adjusted their prices upwards, the size of a ball kenkey, doughnut and even bread has shrunk. The people of Ghana are managing with all these but, I respectively submit that, the powers that be must find ingenious ways of reducing the rising cost of sachet water before it hits the fifty pesewas mark.