Money Without People Or People Without Money? 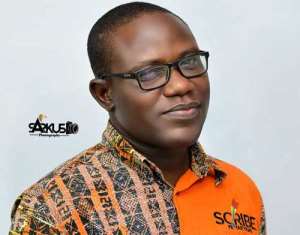 Poverty is uncomfortable. It makes people have a foretaste of hell before they even go there someday. It can make them wish for death. Where there is no money, there is almost no beauty because money makes almost everything beautiful.

However, imagine a world without people. Imagine a world that contains only you. You have all the money there could ever be. You own all the luxurious cars and beautiful houses there is on this planet but share them with no one. Your gadgets are the latest yet no one compliments you for such. In such a world, you lack nothing yet lack happiness.

Money is like a deserted world. It is people who give meaning to it. Where there are no people, money has no use. It runs out of use when people cease to exist. Without people, it is just like another piece of paper with numbers on it.

In our quest for wealth in this world, we must always make people our focus. Our intention to make more money should be to help make the lives of people better. True wealth is one that is beneficiary to people.

People should replace money and not vice versa. No matter how bad poverty is, money can never take the place of people. Material things are not in any way worth the lives of people. This is why it makes no sense to kill people for wealth or power. Life is too precious and expensive to be put at par with money.

Our world has succeeded in putting money above everything. The rich are kowtowed to… no matter how much they disrespect others. Wealthy politicians always have their way regardless of how many times they steal from our coffers.

Money is not all there is to life. It is great to have money but we must all come to the understanding that it is totally useless if there is nobody to spend it with or on. It is the needs of people that make money useful. The essence of wealth, thus, should be to meet the needs of those in need.

Imagine having a room of money yet having no one to share such with. We will get tired spending such all alone. Initially, it may sound exciting having all this money alone. Soon, it will get boring because having money without people to spend such on is a headache.

Poverty will make life stressful for us. It is the last thing anyone could wish for their enemies. In the absence of money, people even get to die from curable diseases. However, having money with no one to spend such on or with is worse than poverty.

People matter. All we will ever have and ever be should be to their benefit. Money should benefit others. Without people, the most expensive cars have no meaning. Any car, no matter how much it costs, will rot to scrap if not driven.

People are more important than money. They give money its relevance. Money, on the other hand, is not what makes people relevant. Wealth is regarded as a worldly thing because its relevance is solely dependent on how long mankind exists. After our existence, all such have no meaning.

It is people who give houses a meaning. A house has no use until it is lived in. An uninhabited house is not yet a home because it takes people to transform that edifice into a home. That house is only an artefact until people find a reason to live in it.

Give cheerfully. The wellbeing of people should be our priority; not how much we have in our bank account. The rich are not those with fat bank accounts but those with a heart big enough to share their little with everyone.

When money is our ultimate in life, we sacrifice everybody for it. When people are our ultimate, money is the only thing we sacrifice. No one is worth sacrificing on the altar of money when money cannot buy a life.

Life is less stressful when people are our priority. Money should never take the place of these people in our lives.

The writer is a playwright and Chief Scribe of Scribe Communications, an Accra-based writing company ( www.scribecommltd.com ). His play, I Want To Sue God!, is Saturday, March 5 & Sunday, March 6, 2022 at 3pm and 7pm at National Theater. Visit www.scribeproductions.com for more details.

NDC race: I will retain my seat and help bring Mahama back t...
10 minutes ago