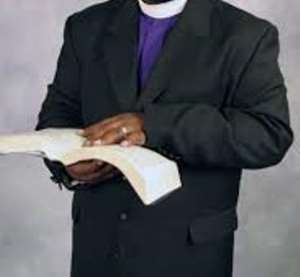 God’s choices of people for His service sometimes confound our conventional wisdom. Among the reasons are that our thoughts and ways are different from God’s. As humans, we generally form opinions about people based on what we hear or see on the surface. We do not know all we need to know about people and their circumstances in order to make informed decisions. We judge by what our natural instincts tell us. God, on the other hand, is omniscient, merciful, and forgiving. These attributes may have been among the reasons why God chose Moses and Paul. You may be next.

From human perspective, was Moses the right person to have been chosen to lead Israel out of slavery and bondage in Egypt? No, not according to Moses himself. Moses was a wanted criminal in Egypt at the time God chose him. He had intervened on behalf of a Hebrew slave who was being beaten by an Egyptian; then he killed the Egyptian and fled from Egypt. When he came in contact with God at Mount Horeb, Moses considered himself unfit for the assignment. He said he had “never been eloquent,” that he was “slow of speech and tongue,” and that God should “send someone else to do it,” but God told him He would teach him what to say, and then promised to let Aaron help him (Exodus 4:10-16 NIV). Interestingly, Moses was 80 years old, but neither he nor God considered old age as disqualifying. Maybe, retirement from official employment at age 60 or 65 should just be a warm up to embark on something major for God.

His brother Aaron was older and more eloquent speaker (see Exodus 7:7 and 4:14). Besides, there was a large number of Hebrew men in Egypt as indicated by the fact that when they left Egypt, “there were about six hundred thousand men on foot, besides women and children” (see Exodus 12:37). Yet, God chose Moses, the fugitive from justice with speech impediment, to go back to the scene of his crime in Egypt, and stand before Pharaoh to demand the release of the Hebrews from slavery and bondage. Like many of us, Moses was focusing on his own disabilities instead of God’s abilities. In the end, with God’s and Aaron’s help, he boldly stood before Pharaoh and successfully presented his case for the release of the Hebrew slaves.

Fast forward to the time after the birth, death, and resurrection of our Lord and Savior Jesus Christ. Apart from Jesus, one man stands out over all the other personalities in the New Testament. His name was Paul. Before his conversion encounter with Jesus, the Apostle Paul was called Saul. Saul actively worked against Christ’s purpose and mission. He actively persecuted the Church. He contributed to the arrests, imprisonments, and deaths of some of the followers of Jesus. For example, he approved of the stoning to death of Stephen, one of the seven deacons chosen by the apostles to assist them. Ironically, as a Pharisee, he thought he was doing all those things to please God (see Acts 8:1, Chapter 9, and Chapter 22).

It was not as if there were no faithful followers of Jesus from whom God could have chosen one to do what Paul was called to do. The number of disciples was increasing. Here is a partial list of the groups of early Christians from which God could have chosen someone other than Paul: the twelve apostles; the seventy-two followers that Jesus sent out to preach the Gospel who came back praising God for casting out demons etc. (Luke Chapter 10); about three thousand people who were added to the Church on the Day of Pentecost (Acts 2:41); and the seven deacons chosen to assist the twelve apostles, except Stephen. Yet, God reached outside the members of those groups and chose Paul, the great persecutor of the Church with Christians’ blood on his hands, to lead efforts to spread the Gospel to Gentiles. And he performed superbly!

If God had set up selection panels to interview candidates and choose a person to free the Hebrews from slavery or preach the Gospel to Gentiles, the majority on each panel would probably not have chosen Moses or Paul for their respective roles. For Moses, the majority would have rated him poorly for being a murderer. Beyond that, by his own admission, he was not qualified for the job. He was also not part of the slave community and so would have been considered an outsider who did not understand the issues affecting the slaves.

Paul would not have done well in the selection process, either. He was a notorious persecutor of the Church and had Christians’ blood on his hands. Even after Paul was converted in Damascus and came to Jerusalem, the disciples in Jerusalem were all afraid of him (see Acts 9: 19-28). You can understand why the disciples would not have chosen Paul.

The good news is that God has a big tent. There is always room under the tent for many Sauls to become Pauls who would work productively in God’s vineyard. In addition, God is a mighty fortress and refuge. There is always room for runaway murderers like Moses and all “sinners” to be redeemed, saved, and equipped to confront the powers and principalities in the service of God.

All of us have issues that may make us seem unqualified or unsuitable to serve the Lord in certain capacities. These could be physical attributes, character traits or moral issues. Some of the issues are more visible and easier targets for condemnation by people. Others are not so visible and may go undetected by outsiders. However, we should remember that God is the judge, the changer, and the provider who is able to supply all our needs necessary to perform whatever tasks He calls us to perform. For example, God gave Aaron as a helper to Moses; and Saul was blinded at his conversion for three days in part so he could see clearly as Paul – both physically and spiritually.

Therefore, those of us who are judgmental and believe that certain people deserve punishment rather than reward of service to God, should note that God’s “mercy triumphs over judgment!” (see James 2:13 NIV). There is no one who is beyond pardon or redemption. There is no one who is beyond the saving power of the blood of Jesus shed on Calvary. There is no one that the Holy Spirit cannot counsel, comfort, and empower. And there is no one beyond the grace, mercy, and compassion of God. The Almighty God invites all to His kingdom so that we can all live, pray, and hope for the kingdom to come and His will to be done on earth and in the hereafter.