God’s kindness is nearer than you think 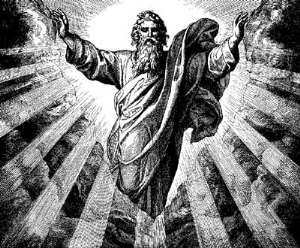 Mephibosheth was the son of King David’s friend Jonathan, the son of King Saul. As King Saul’s eldest son, Jonathan was expected to occupy the throne when the king died. By the grace of God, the expected bitter rivalry between Jonathan, the heir apparent to the throne, and David, God’s and the people’s favorite who had defeated Goliath and the Philistines, did not happen. Instead, there was a deep friendship between the two. The Bible says that “Jonathan became one in spirit with David, and he loved him as himself.” (1 Samuel 18:1 NIV).

Saul and Jonathan knew that David would be king. However, David and Jonathan remained very good friends even though both knew that Saul was envious of David and wanted to kill him (see 1 Samuel 23:15-29). Saul, Jonathan, and Saul’s two other sons died on the battlefield fighting against the Philistines.

Jonathan left behind a five-year old son called Mephibosheth. The news of Saul’s and his sons’ deaths brought fear, panic, and confusion to Saul’s family. Mephibosheth’s nurse picked him up and fled, but the child fell down and became crippled in both feet (see 2 Samuel 4:4).

Saul was an unpopular king towards the end of his reign. He had lost touch with God and even consulted a witch about the outcome of the war against the Philistines in which he lost his life. His hatred for David grew to the point where he wanted to kill him. And, after Saul’s death and intense power struggle between the house of Saul and the house of David, the royal dynasty was eventually established through David, first as king of Judah, and then as king of Judah and Israel.

As a result, life must have been very difficult even for members of Saul’s family who were physically fit, not to talk of Mephibosheth who was crippled in both feet. There were no wheelchairs or other mechanized mobility aids to facilitate the daily routine movements of Mephibosheth and others in the society who were physically challenged. Mephibosheth most likely lived a very miserable life or had a low self-esteem because he referred to himself as “a dead dog like me” (2 Samuel 9:8 NIV).

However, God’s kindness was about to shine on him. Somewhere, far away, King David remembered his dead friend Jonathan, the father of Mephibosheth. God’s mercy and favor were nearer than Mephibosheth could have imagined. David asked whether there was any member of Saul’s family left to whom he could show God’s kindness for the sake of his friend Jonathan. David’s love for Jonathan overcame any bitterness he could have had against Saul for Saul wanting to kill him, and for the intense power struggle with Saul’s faction after Saul’s death.

Again, by the grace of God, a servant who worked in Saul’s household when Saul was king, remembered that Jonathan had a son who was crippled in both feet. He told King David about Mephibosheth and showed him the town where he lived.

When Mephibosheth was brought before King David, the king restored to him all the lands and other properties that belonged to his grandfather Saul, offered him a seat to eat at his table at all times like one of his sons, and instructed some servants to farm the land for him. That was kindness beyond measure; it was, indeed, God’s kindness.

Note a few things about what happened. The kindness was a result of David’s friendship with Jonathan. It was not just any kindness, but God’s kindness. Mephibosheth did nothing on his own to earn or deserve it. At the time God planted the idea in David’s mind and David thought of it, David did not even know that Mephibosheth existed. It was a servant who remembered Mephibosheth and brought him to David’s attention. It is an example of what God said that, “I will have mercy on whom I will have mercy, and I will have compassion on whom I will have compassion.” (Exodus 33:19 and Romans 9:15 NIV).

That is how it is with God’s love, mercies, compassions, and kindness. God uses people to spread his love, mercies, compassions, and kindness to those who may not deserve them. God’s kindness may be the result of a process involving many people working unknowingly as a team. He used David and the servant to show His kindness to Mephibosheth who neither earned nor deserved it. God will do it for you and me even though we do not deserve it.

As we go about our lives, some people may be thinking, planning, and doing things about us. Those things may be good or evil; kindness or wickedness, but we pray and hope that ours will be good and kindness.

For example, Joseph had no expectation of becoming the second in rank in Egypt. While he was in prison in Egypt pondering over his fate, his former prison mate remembered him two years after the mate’s release and told Pharaoh about him. Joseph interpreted Pharaoh’s dreams that there would be seven years of abundance followed by seven years of famine, and Pharaoh released Joseph from prison and appointed him as second in rank in the land of Egypt (See Genesis chapter 41). During the time of Joseph’s unjust imprisonment, God was with him, and His kindness was nearer than he could have imagined. May someone remember you and testify positively about you.

Because God’s kindness may sometimes involve many people acting as agents and instruments, it is important to show respect and kindness to all people – high or low. In times of need, one of your key helpers may be a servant who would point the right people in your direction and vice versa. Remember that it was a young, captive, Israeli servant girl in Syria who told Naaman’s wife about the Prophet Elisha in Israel who healed Naaman of leprosy (see 2 Kings Chapter 5). If the servant girl had been maltreated, as some people do to those who serve under them, she probably would not have had the desire or courage to help in an area outside of her duties.

We need God’s kindness to overcome evil and wickedness that the devil aims at us. You may be living somewhere in a remote corner of the earth or in a large city facing difficult problems and challenges and thinking that God has forgotten or abandoned you. God has not; He is with you everywhere. God’s kindness is nearer than you think. Someone far away is planning a good surprise for you. Someone, somewhere wants to show you kindness - God’s kindness.

Mephibosheth was physically and geographically far away from King David, but God’s kindness was much nearer than he could have thought or imagined. Help was on the way. Let’s pray and hope that God will show His kindness to us by reminding the right people to remember us in times of our need, and for them to find us wherever we may be. Let’s also pray and hope that we will put our faith and trust in God and show kindness to others.

Above all, note that the greatest kindness God showed to all of us was to give His son Jesus Christ to die on the cross to save us from our sins. Jesus is nearer than you think. Jesus says, “Here I am! I stand at the door and knock. If anyone hears my voice and opens the door, I will come in and eat with him, and he with me” (Revelations 3:20 NIV). Let’s open the doors of our hearts and receive Jesus as our Lord and Savior.