The Determinants of Rural Poverty in Somalia 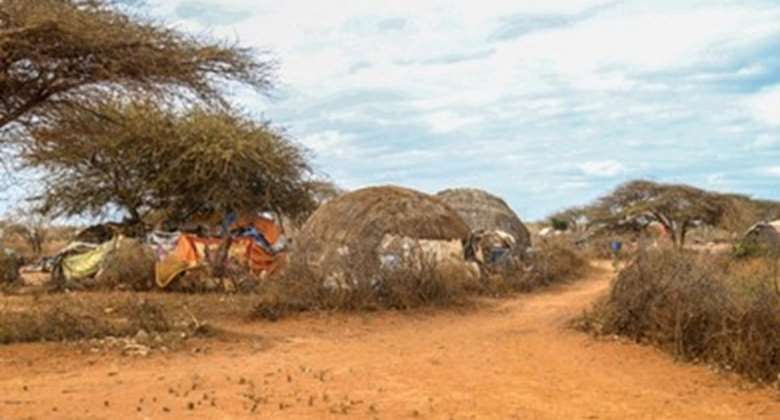 The rural society of Somalia is the economic backbone and the production machine for the country. Somalia has high percentage of rural population are poor and consequently a high rate of rural poverty. Rural households are able to obtain income almost exclusively from “petty agriculture”, livestock rearing, paid labour or farm work and occasionally from remittances. Somalia’s fragile and seriously degraded natural environment and the increased frequency and severity of drought and floods in recent years have buffeted the livestock and crop subsectors. Recurring droughts, the lack of research and extension services, and especially insecurity, lack of responsible government, and consequent deterioration of the flood control, irrigation, and transport infrastructure in the Southern regions have severely reduced crop production. Livestock and crops nonetheless remain the main sources of economic activity, employment, and exports in Somalia.

Land degradation is the reduction of land resource potential by one or combination of processes such as accelerated water or wind erosion, sedimentation long –term reduction of amount or diversity of natural vegetation, reduction of soil nutrients.

The agriculture of Somalia is predominantly subsistence in nature. The principle crops are sorghum and maize grown mostly for own consumption. Fruit and horticultural farming which is relatively small, is mainly commercial, here farmers grow most of the time tomatoes lettuce, onions, peppers, cabbages, oranges, lemons, and papaya, rain-fed farming accounts for 75% of total area cultivated, while the area under irrigation constitutes only 25%, the sector is dominated by smallholders farmers who tend small farm ranging from 10 to 40 hectares in area. The size of the average farm is just about 6 hectares.

Rainfall, which ranges from 510 to 610 mm, and is characterized by erratic distribution, is the major constraints on agricultural production in Somalia. This constraint has limited cropping activities in the arable lands of the country, affecting even drought-tolerant cereal crops such as sorghum, which has traditionally been produced in larger quantities than other cereals. The farmers also try to grow maize, but as it has lower drought resistance, good harvests are assured in only good rainfall years, for which the reliably predictive figure would be only 3 out of 5 years.

Although farm inputs are available to some extent, they are unaffordable to the majority of farmers. The quality of improved inputs, such as seed and agro-chemicals, can’t be assured because of ministry of agriculture’s lack of capacity for photosynthesis’ inspection and for enforcement of quality standards.

Which respect to rain-fed agriculture, this deficiency pertains to mono-cropping or dual-cropping currently, farmers grow mainly two cereal crops, namely sorghum and maize, a practice that contributes to the depletion of soil fertility. Other problems include untimely sowing, lack of seed selection, seed broadcasting, lack of crop rotation, and inadequate weed control.

Farmers lack appropriate technologies matching those used in neighboring countries, which meet international standards. Even where the technologies are available, the farmers lack the financial capacity to procure and apply them. In addition to these shortcomings, farmers lack the knowledge and skills necessary for the improvement of agricultural performances.

Most of the crop land has been subjected to soil erosion partly due to poor farming practices.

This problem has been aggravated by a combination of indiscriminate de-vegetation, intensive downpours, and overgrazing. The seriousness of the erosion problem is evidenced by the presence of huge gullies around and within many farms.

Over the last two decades, there has been a great deal of migration by agro-pastoral labor to urban areas, a trend which has resulted in a shortage of labor in terms of both quantity and quality. This has been mainly due to: Low farm incomes, civil strive.

Poor marketing has affected agricultural production and the income levels of farm families. This is particularly the case in the horticulture sub-sector, which has been impacted by a combination of factors: inadequate market information, competition for the local market with neighboring countries, poor feeder roads, lack of marketing organizations, and lack of capacity for agro processing.

Despite very low government budgetary allocations for livestock. Donor funds oriented only towards relief and emergency and not towards development absence of private sector investments. As a result of these constraints, the livestock production system is characterized by poor productivity performances and very low incomes for pastoralist herders. With increasing population, this situation often leads to a rise in poverty levels in pastoral areas, and ultimately causes increased migration to urban centers with very limited employment opportunities.

However, there are opportunities for raising the income and productivity of the sector and for diversification and investment presented by: Increasing demand for organic livestock and animal products, increasing demand for camel meat and milk for health purposes, new market for meat product emerging in the fast developing countries in the East (India, China, and Malaysia etc.).

Harvest failure is a key risk for rural households in Somalia. Geography and agro ecology (prone to drought as well as intense rain) combine with inefficient agricultural technologies and inadequate agricultural support and result in environmental degradation, unmanaged pests and poor access to inputs, which increase vulnerability. Harvest failure not only affects crop dependent households, but the wider rural economy (including households dependent on non-farm Income sources) as well as national well-being and stability. It also can have long-term effects as people sell assets as a coping strategy. National budgets are also destabilized as trade

(and national Income) is reduced and relief has to be imported. The food crisis experienced in

Somalia in 2001-03 is a case in point. Heavy rains in the late Growing season in 2001 triggered a harvest failure of maize, the region’s main staple an immediate impact was felt by cropdependent households. Together they led to a significant increase in prices across the region (e.g., a four-fold increase in Somalia causing acute problems for the poor. In fact, it is estimated that in late 2002 the lives and livelihoods of as many as 5 million people in threatened.

Drought and desertification are at the core of serious challenges and threats facing sustainable in rural poverty in Somalia, These problems have far reaching adverse impacts on human health, food security, economic activity, physical infrastructure, natural resources and the environment and national and global security.

Mohamed is political and foreign policy analyst and economic development scholar in East Africa. Founder and Executive Director of Save the Environment. Alumni of Addis Ababa University. He got M.A in International Economic Development from Southeast University in Dhaka, Bangladesh.

Latest Photo Reports
Catch up with all the political quotes from our politicians.
Advertise here
More Article
ModernGhana Links
Gov Nasir El Rufai and the Toast in Honour of Amaechi
Inflation should be viewed as public enemy number 1: here's why
African scientists and technology could drive future black hole discoveries
Sissala West Must Ensure a Sustainable MASYET to Improve Decent Livelihoods
Rot in Ghana petroleum industry
Senegal is decolonising its heritage and re-imagining an African future
PSRRP implementation: The journey so far
Deborah And The Who Born Dog Treatment
Power has Shifted to The Northern Block: It is Time to contribute our quota to develop Ghana again
TOP STORIES