The jihadists of the Sahel do not govern in the same way: the context is decisive 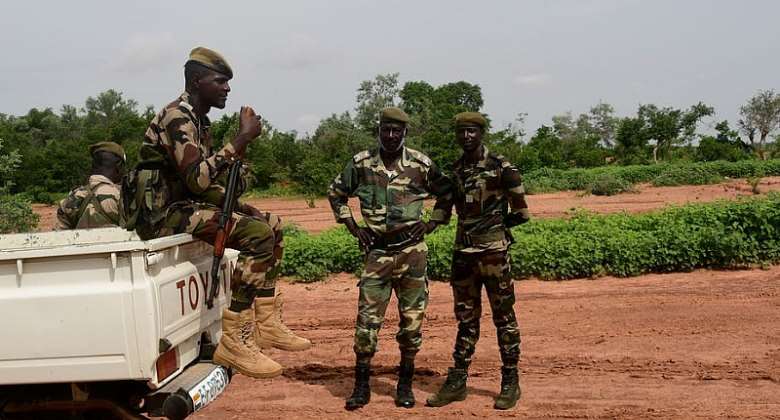 A group of Nigerien soldiers on patrol - Source: HamaAFP via Getty Images

The Sahel region, an area made up of largely semi-arid countries below the Sahara, continues to come under attack from jihadist insurgents of various affiliations.

“Jihadist insurgents,” broadly defined, rely on religious rhetoric to mobilize politically and use violence to achieve their goals.

Groups such as Boko Haram and the Islamic State's West Africa Province have proven their resilience in Nigeria and parts of Niger. Other groups, such as Jama'at Nusrat al-Islam wal-Muslimin and the Islamic State in the Greater Sahara, continue to mobilize in Mali, Burkina Faso and Niger.

These groups are attracting the attention of the international community because of their violence. Around 500 civilians have been killed by suspected jihadists in the Sahel in 2021. Recent examples include the massacres in Niger and Burkina Faso.

But this violence conceals another aspect of these groups: they design other forms of local governance in rural areas. And how they govern varies, from group to group and within groups, even if they adhere to a widespread Salafi-jihadi ideology.

There is only scattered academic research on the subject. Therefore, as part of a larger study covering Mali, Burkina Faso, Niger and Nigeria, we reviewed existing research to examine how jihadists govern in the region and reasons why their governance differs.

We found that they do not follow strict ideological models to impose their domination. Nor do they rely solely on the use of spectacular violence. They are constantly adapting their way of governing according to the internal dynamics of the factions and the pressure of state and non-state actors while being responsive to local politics.

Jihadist insurgents, like other insurgents, rule by force. But this violence can vary according to the proportion with which they decide to strike their targets selectively or indiscriminately. Subgroups of the Al-Qaeda-affiliated Jama'at Nasr al-Islam wal Muslimin have generally targeted non-collaborators, government authorities and international forces, primarily in Mali. The Islamic State in the Greater Sahara, on the other hand, attacked civilians indiscriminately.

Jihadist groups sometimes impose their interpretation of sharia (religious law) at the local level through harsh punishments. These same groups may exercise restraint elsewhere to avoid alienating local communities. Their transnational ideological commitments may be incompatible with local norms and the interests of those in power.

Groups like the Katiba Macina and the Islamic State in the Greater Sahara set up mobile courts to deliver justice at the local level, where they could not be permanently present. Some groups collected zakat (Islamic tax) from local people. However, based on the scant research that exists, the public services provided by jihadists in return seem quite limited.

While these groups may support regional or global goals, they tend to position their governance projects according to ongoing conflicts and divides. Jihadists seek to gain a grip on local communities by allying themselves with certain groups in existing conflicts. Some have attempted, for example, to recruit Fulani herders by promising them access to resources such as pasture. They have also intervened to resolve conflicts, in order to offer a type of justice more effective than that of the State.

The explanation of the different styles

The role played by state and non-state actors, such as militias, vigilante groups and rival groups, is one of the factors that help to explain the differences in governance style between jihadist groups. Counter-insurgency operations can, among other things, prevent jihadists from building institutions, confining them to a more opaque style of governance. In addition, rival jihadist groups may adapt their style of governance by engaging in one-upmanship to continue to enjoy community support.

Another explanation lies in the organizational structure. Jihadist groups differ in terms of their cohesion and degree of centralization. Dynamics in factions can lead to differences in governance. Leaders may not always be able to discipline sub-commanders to ensure their vision is carried out locally.

Divergences in their ideological commitment may provide clues as to what can be expected from jihadist governance. However, there are no ready-made models for “real” Islamic governance. Group commanders and members interpret ideology while themselves being influenced by local traditions and requirements.

These preliminary conclusions are rich in lessons for policy makers. Sticking a label of Salafist jihadism does not tell you how to govern a group. Rather, these diverse groups need to be studied as complex political organizations emanating from local socio-political and economic contexts. The support given to the jihadists often comes from strata that feel aggrieved and see it as a way to improve their social conditions. Their rise at the local level is not limited to a question of religious appeal.

The resolution of jihadist conflicts in the Sahel will require the adoption of an approach tending to treat them not only as terrorists or criminals, but also as political actors who seek to propose another form of governance.

Mikael Hiberg Naghizadeh does not work for, consult, own shares in or receive funding from any company or organization that would benefit from this article, and has disclosed no relevant affiliations beyond their academic appointment.

By Natasja Rupesinghe, Research Fellow and PhD Candidate at University of Oxford, Norwegian Institute of International Affairs And

Hottest Photo Reports
Catch up with all the political quotes from our politicians.
Advertise here
More Article
ModernGhana Links
Gov Nasir El Rufai and the Toast in Honour of Amaechi
Inflation should be viewed as public enemy number 1: here's why
African scientists and technology could drive future black hole discoveries
Sissala West Must Ensure a Sustainable MASYET to Improve Decent Livelihoods
Rot in Ghana petroleum industry
Senegal is decolonising its heritage and re-imagining an African future
PSRRP implementation: The journey so far
Deborah And The Who Born Dog Treatment
Power has Shifted to The Northern Block: It is Time to contribute our quota to develop Ghana again
TOP STORIES