Advice to Apraku my Senior 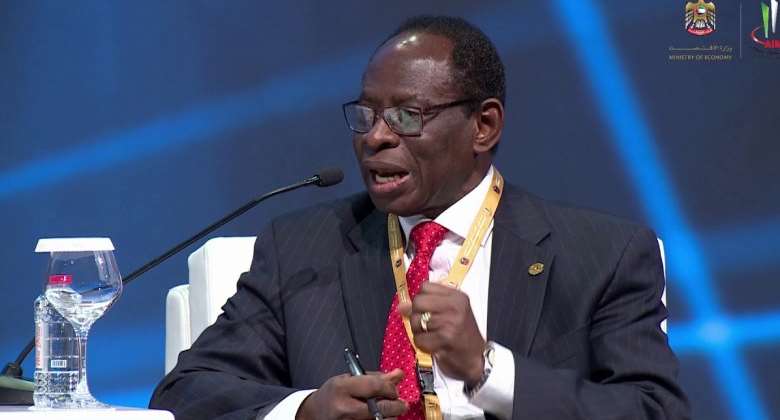 The title of this publication, “Advice to Apraku my Senior” may remind Ghanaians of one popular, although deceased, Ghanaian prophet, known teasingly or otherwise as “Apraku my daughter”. This publication has nothing to do with mockery, but to seriously admonish my one time senior at then Tweneboa Kodua Secondary School (TKSS) in Kumawu, now Tweneboa Kodua Senior High School.

I am aware of how resolutely determined Dr Kofi Konadu Apraku is to rendering service to Ghanaians and mother Ghana in the capacity of president.

He was my senior at Tweneboa Kodua Secondary School in the 1971/1972 academic year. When I was in form one, he was in form five. We were both in House Four but in different dormitories. He was in Biafran Lodge on the 1st floor while I was in the dormitory on the ground floor of same building block.

I vividly remember how some unknown form five mates of his punished him by dumping his cloth in a water closet (WC), pooed on it and attempted to flush the toilet.

What was his sin to merit such dastardly attack on him by some his faceless form five mates, one may query? It was all about him reporting to the examining authorities in Kumasi when some form five students were discovered by him to resort to illegal means to cheat in some of the final year GCE papers they were writing. The subject papers in which the students were established or alleged to have cheated were all cancelled to affect the entire form five final year students, whether one was among those cheating or not.

The little history told about him is to convey to Ghanaians how serious and probably honest Dr Kofi Konadu Apraku is, and also, how nothing can stop him from doing what he feels is right and he has the right of.

He knew the risk involved in reporting the en masse cheating in the exams by his colleagues, yet he went ahead to do it. He did not want students to cheat to pass their exams but to work harder to earn the better passing results they desire.

Could he have been incited to go into politics with the ambition to become president following Professor Adu Boahene’s high esteem for him? Whether yes or no, he has the right to exploit his unlimited potentials to benefit Ghanaians and himself.

However, I shall advise him to be a bit politically savvy going into the NPP flagbearership primaries and the subsequent general elections 2024. Among the possible aspirants, Dr Mahammudu Bawumia, Messrs Alan Kwadwo Kyeremateng and Boakye Agyarko, Dr Akoto-Afriyie and himself, he stands the least chance of landing the NPP flagbearer. Again, for NPP to be taken very serious with any chance of “breaking the eight”, Dr Bawumia must be elected by the delegates to lead NPP as their flagbearer cum presidential-candidate, supported by Alan Kwadwo Kyeremateng as the vice presidential-candidate. Should anything differently happen, then NPP is doomed for opposition.

Knowing that Dr Apraku stands no chance this time around, same as it was with his previous attempts, I shall advise him not to waste his money going into a contest he is bound to lose and of which he is very much aware of his fate. He had better spend his money on something that will be more beneficial to his former Offinso constituents or his town, Akomadan. The people will appreciate that more than to throwing the money down the drain.

He must bear in mind that wisdom is not the prerogative of the rich, the highly educated or old people. Wisdom can be the portion of anyone according as God chooses and bestows on them. Therefore, he should not think the author of this publication is nobody to advise him and that he will not take any advice from anyone who is not as highly educated or old as himself.

For as President John Dramani Mahama said he would not accept any advice from anyone who has never been a president before, then finally seeing himself proven difficult and eventually voted out of power by Ghanaians, I don’t expect same from “Apraku my Senior”.

You have earned your money and have the right to do whatever you want with it. Nevertheless, it will be very unwise of you to throw your money down the drain, except that you still want to showcase yourself as a presidential material in case your name and face would be etched in the minds of Ghanaians to consider you next time around.

I was really hurt when I read one of our usual online columnists making a mockery of your education and how hard you try to speak English with the American accent. Being my senior and knowing how brilliant you were when at TKSS, I wouldn’t like to see anyone underrate your intelligence because of politics hence this piece of advice to you.