Ghana’s economic woes has nothing to do with E-Levy; just stop blowing cash – Adongo fires gov’t 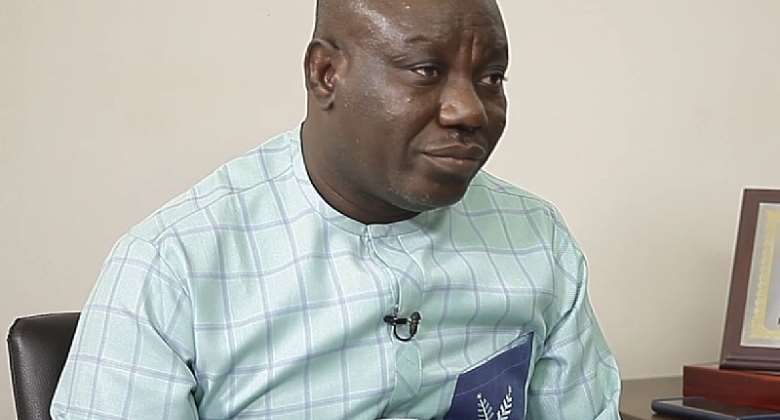 Member of Parliament (MP) for Bolgatanga Central Constituency, Mr. Isaac Adongo has blasted the Akufo-Addo government and the Ministry of Finance over attempts to constantly create the impressive that the Electronic Transaction Levy (E-Levy) will solve the economic woes of the country.

In justifying the E-Levy, the Finance Minister Mr. Ken Ofori-Atta argued that it will help government raise more revenue to embark on developmental projects to better the lives of the citizenry.

Ahead of the resubmission of the levy to Parliament next week, Isaac Adongo has rubbished all attributions of the country's economic dependency on the electronic transaction levy.

According to him, government is to blame for constantly overspending.

“The issues around the Ghanaian economy has nothing to do with E-Levy. The issues surrounding the Ghanaian economy is that we are spending much more than we can raise. It is a two way process. Cut back on the frivolous, profligate expenditures so that you are able to live within your means,” Mr. Adongo who is a member on the Finance Committee in Parliament told Citi News in an interview.

The Bolgatanga Central MP continued, “You are not willing to cut the expenditure and you keep creating the impression that some 6.9 billion that may not even be realized is the reason you are in the mess. When within the period of two years you have expanded your expenditures by over GHS80 billion, you have doubled the size of your budget in just two and a half years. That is the bottom line.”

The Minister for Finance and his team will hope that when Parliament resumes sitting on Tuesday, January 25, 2022, the Minority and the Majority will reach a consensus that will lead to the approval of the controversial E-Levy.

Latest Photo Reports
Catch up with all the political quotes from our politicians.
Advertise here
More Headlines
ModernGhana Links
Scrapping E-levy will be difficult when collateralised—Prof Bokpin
US groups offered me money to drop anti-LGBTQ+ bill, they wanted sort me out for life – Sam George
Reforming 1992 Constitution: Abu Sakara charges NCCE to lead the way to get gov’t involved
45 years in ministry: Bawumia congratulates Archbishop Duncan-Williams for touching lives
You’re father to many; no wonder you're called 'Papa' – Bawumia praises Duncan-Williams on 65th birthday
Petrol, diesel, LPG prices to go up this week—COPEC, IES predict
NDC cannot support collateralisation of every source of future revenue; Agyapa deal must go – Mahama
‘We’re committed to protecting you from robbery attacks’ – Akufo-Addo to MoMo vendors
You're blessing to Ghana, Africa and the world — Mahama celebrates Duncan-Williams on 65th birthday
TOP STORIES