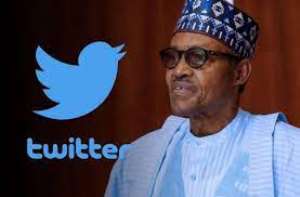 The Nigerian government has lifted the ban of Twitter operations in the country seven months after it announced the shutdown of the microblogging platform.

Twitter was restored after the American-owned firm agreed "a legal entity in Nigeria during the first quarter of 2022," said the director-general of the National Technology Development Agency (NITDA) Agency, Kashifu Inuwa Abdullahi, said in a statement on Wednesday.

In a statement made in Abuja, Kashifu said the Twitter restoration was approved following a memo sent to President Buhari by Minister of Communications and Digital Economy, Prof Isa Ali Ibrahim.

He said: "The Federal Government of Nigeria directs me to inform the public that President Muhammadu Buhari, GCFR, has approved the lifting of the suspension of Twitter operation in Nigeria effective from 12am tonight, January 13, 2022.”

Since midnight Thursday, January 13, Nigerians have been accessing Twitter after telecom and internet providers removed the blockage earlier put in place to restrict access to the social media site, following a government order in June.

This follows a report earlier in the month, which claimed that the government was prepared to lift the Twitter ban as the firm met the six conditions given by the administration for its restoration.

According to the report, “From the records, Twitter has finally met six conditions set by the Federal Government for the lifting of the ban on its service in Nigeria as at the close of business in 2021.” The six conditions said to have been agreed to by the platform are as follows:

Events Leading to the Ban

On June 4, 2021, the Nigerian government announced the suspension of Twitter operations after the social media platform deleted a tweet by President Buhari. The president’s tweet was believed to have threatened pro-Biafra agitators from the Igbo-speaking south-eastern part of the country of a repeat of the Biafra Civil War, which killed an estimated 500,000 to 2 million people.

Angered by Twitter's action, the federal government responded with an indefinite suspension over what it blamed on “the persistent use of the platform for activities that are capable of undermining Nigeria’s corporate existence.”

The ban took effect on June 5, 2021, as the government asked all network service providers in Nigeria to restrict access to Twitter.

Though the government said it suspended Twitter because it “has consistently made its platform available to those who are threatening Nigeria's corporate existence," the ban was believed to have been a culmination of long-term running battles between the Buhari administration and the platform.

During the October 2020 #EndSARS protest against police brutality, Twitter was the major rallying point for protesters and organisers who used the site to galvanize support for the campaign that argued for the dismantling of a Nigerian police unit popularly known as the Special Anti-Robbery Squad (SARS).

Twitter has also given Nigerian youths a voice on burning social and political matters affecting the country. In addition, separatist campaigners such as Nnamdi Kanu and Sunday Igboho, as well as activists like Omoyele Sowore, used Twitter to organize protests and raise awareness for their campaigns. These are some of the issues believed to have rattled the government, which has considered regulating social media since the start of its administration in 2015.

The Economics and Social Effects of the Ban

The Twitter ban denied access to an estimated 40 million users and had a great impact on the country’s economy.

Reports show that the ban cost Nigeria hundreds of millions of dollars within the few months it was in effect. There was a widespread outcry locally and internationally, as Nigerians lamented the effects of the ban on their businesses and social lives.

For many Nigerian Twitter users, mostly youths, the platform has greatly affected their daily lives. It forms a big part of their social lives and also supports their businesses as a platform for advertising. Twitter has helped many connect with clients who would ordinarily have been out of their reach without the social media site.

Though many Nigerian youths resorted to the use of Virtual Private Networks (VPN) to bypass the blockage put in place by telecom and internet providers, the economic and social effects of the ban were still huge on businesses and individuals.

Meanwhile, Nigerians have been reacting to the restoration of Twitter in the country.

For many Nigerian youths, the real reason for lifting the ban is because strategic moves for the next year’s elections have commenced. They believe the government knows the influence Twitter weighs among the young people and lifted the suspension so as to use the platform for campaigns next year.

“There is nothing to celebrate about the #TwitterBan They did it because the election is here. They need Twitter, more than any other social media network, to run ridiculous PR, a Twitter user with handle @FS_Yusuf_ stated.

Another tweep who goes by the handle @Sylvia_Ikeji said: “The ban just like closing borders, banning crypto and enforcing NIN registration is as useless, wasteful and a foolish decision as PMB’s entire tenure as president.”

The human rights organisation, Amnesty International, welcomes the lifting of the ban but believes that the suspension “was illegal — in the first place — and an attack on the right to freedom of expression, including online access to information and media freedom. Nigerian authorities must end all acts that violate rights to freedom of expression, access to information, and freedom of the press.”

“The effects of the #TwitterBan, particularly on small businesses, was evident for all to see. I am glad that the ban has finally been lifted, and our young people who are already dealing with the challenging business environment can now have a breath of fresh air to thrive,” Abubakar tweeted.

“After 222 days, I am glad that the FG has finally reconsidered and reversed the #TwitterBan. With this reversal, the young people who conduct legitimate business on this platform can once again pursue their various endeavours and exercise their right to freedom of speech,” Saraki stated in a

Twitter has also reacted to the restoration of its operations in Nigeria. On its Public Policy page, the social media giant said: "We are pleased that Twitter has been restored for everyone in Nigeria. Our mission in Nigeria and around the world is to serve the public conversation. We are deeply committed to Nigeria, where Twitter is used by people for commerce, cultural engagement, and civic participation.”

Twitter has not opened an office in Nigeria or appointed a representative, but its operations were restored on the “agreement” that the company will do so and fulfil other government conditions.

More Feature Article
ModernGhana Links
What Is Next For Ghanaian Muslim Communities Post 2021 Popolation Census?
NPP Should Remember The Painful Outcome Of The PFP/UNC Factions And Learn A Great Lesson From It
From a global branding perspective why do we not focus on Ghana's female soccer national teams instead of the Black Stars?
Why go to Church Regularly?
Kanu: A Psychological Explainer Of Buhari’s Public Comments And How They Could Sabotage The Court Process And Pose Disaster For Our Young Democracy
Should Ghana's traditional rulers start reforming their archaic-straitjacket institutional-frameworks?
Kamala Harris Made Accurate Comparisons on January 6
Novak Djokovic's deportation and exclusion from the 2022 Australian Open: Retire to make a case for no compulsory vaccination
DA'WA, Its Relevance And Some Qualities Of A 21st Century Da'ee
TOP STORIES