Self-determination crises: Is it time African countries renegotiated their nationhood? 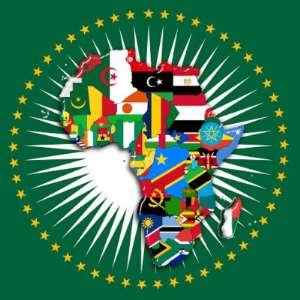 Separatist movements have become omnipresent in Africa, causing division and fragmentation of many countries. From Ethiopia-Eritrea separation to Sudan-South Sudan division, post-colonial Africa has experienced a great deal of shake-ups and realignment arising from long-fought self-determination struggles.

Also, in recent times, the continued secession movements in Nigeria, Cameroon, and Ethiopia have also shown that self-determination crises will always be a reoccurring issue in the continent, unfortunately, amidst untold humanitarian and economic downturns. The devastating impacts of the movements are largely responsible for the continent’s socioeconomic retardation and scarce tranquillity.

Out of 54 African countries, at least 25 have had active separatist-related crises. While there are many causes of this crisis, one major underlying factor is the forceful amalgamations by colonial masters many decades ago. Most African countries were built upon crooked, shaky foundations simply for colonial convenience and economic gains for western powers.

For instance, the revenue sufficient southern Nigeria and revenue challenged northern Nigeria were merged in 1914 just so the former could subsidize the latter.

"What we often call the Northern Protectorate of Nigeria today can be better described as the poor husband whilst its southern counterpart can be fairly described as the rich wife or the woman of substance and means. A forced union of marriage between the two will undoubtedly result in peace, prosperity, and marital bliss for both husband and wife for many years to come. It is my prayer that that union will last forever".

Unfortunately, Lugard’s narrow-minded calculation or miscalculation 107 years ago has left Nigeria in its current state of a national identity crisis, where many regions lack a sense of belonging and daily struggle to opt out of the forced union. It also resulted in the unending separatist agitations, which heralded one of the continent’s bloodiest civil wars in 1967-1970, and today’s glaringly worsened division along ethnoreligious lines.

Like never before, the country is being confronted with freedom fights from multiple fronts, especially from the south – ranging from the Indigenous People of Biafra fighting for an independent Igbo nation to the Odua nationalists asking for a sovereign Yoruba nation, and other regions from the Niger Delta.

Northern and southern Nigeria shared contrasting political and religious ideologies which date back long before the emergence of the British government in the west African country, and therefore merging them in the first place should have aroused alarming misgivings.

For instance, the north is a predominantly Islamic region that boasted of two Islamic empires, the Bornu Empire and the Sokoto Caliphate, as far back as the eighteenth century. Its socio-political leanings and solidarity were toward the core Islamic World, especially the Middle East. The south, on the other hand, was more diverse and drew its socio-political influence from traditional African and western values. To date, the sociocultural and political landscape remains the same for both. The north, for instance, still practice sharia as its main body of criminal and civil law, despite Nigeria being a secular nation. Therefore, the long-existing distrust and mutual suspicion between the two continue to undermine Nigeria’s development and peace.

In Cameroon, the French-speaking and English-speaking regions have been at loggerheads since merged in 1961. This has resulted in the ongoing Ambazonia War as Anglophone regions call for secession due to the unfavourable political harsh realities meted at them by the Francophone leaders who have presided over the country since amalgamation. The war, though started as a low-scale insurgency, spread to most parts of Anglophone regions within a year, and has become a global concern as the government engages in aggressive measures to stop the agitators.

Other factors fuelling these agitations include the poor political structures in most African countries and sheer greed by political leaders. This could be the case in Ethiopia, where the long-year war between the central government and the Tigray region has claimed tens of thousands of lives, including children who died of starvation. The supremacy battle between the regional authority and the central government has tilted towards another self-determination crisis as the Tigray region now calls for secession from Ethiopia. This could be a taste of Deja-vu, given that the country experienced the Eritrea breakup just three decades ago.

The current political atmosphere in the only uncolonized African country is a clear reflection of the fault-lines in political setups across the continent where politics is approached from ethnoreligious perspectives rather than merits and leadership competence.

The long-existing lopsidedness in their political structures makes some regions lord over the others. Since the unification of British Southern Cameroun and French Cameroun, only the Francophone leaders have ruled the country. The incumbent, President Paul Biya, has been in power for more than 38 years. The Anglophone regions are therefore less represented, and most of the government’s policies are reportedly unfavourable to them.

Given the obvious disunity across the board, many observers have suggested peaceful resolutions such as referendums and restructuring in order to give people the chance to decide their nationhood. However, past and current African political leaders favour excessive use of force against such movements, as they continually insist on their countries’ non-negotiability. In fact, some countries make no provision for a referendum in their constitutions. For example, the Nigerian 1999 constitution has undergone a series of amendments, but there has always been a “dubious omission” of a referendum.

These separatist movements have heightened the refugee crises in the continent, as millions of displaced persons take shelter in internally displaced persons (IDP) camps while some seek refugee in Europe. A Pew Research report shows that there has been a dramatic influx of asylum-seeking Africans in Europe and lawful permanent resident applicants and refugees in the United States. War-related crises are one of the identified causes for this growing influx. Many African migrants entered Europe via unconventional routes, such as the Mediterranean Sea through boats, where thousands of migrant deaths are recorded every year. This they do to escape the harsh living conditions and unpredictable humanitarian ramifications of recurring armed conflicts.

It is obvious that many African countries were built on a faulty foundation and their disintegrations seem imminent. The good news, however, is that separation doesn’t always have to come through bloodshed. African political leaders need to realise this and give room for peaceful resolutions and dissolutions where coexisting portends danger and anguish for the majority. It is time constitutions are reviewed to reflect equity, fairness, and, most importantly, rights to peaceful self-determination.

Olusegun Akinfenwa is a political correspondent for Immigration Advice Service, a law firm based in the UK and operating globally. Most of his work revolves around spreading awareness about the harsh socio-political realities confronting African society, with a view to bringing lasting solutions to them.