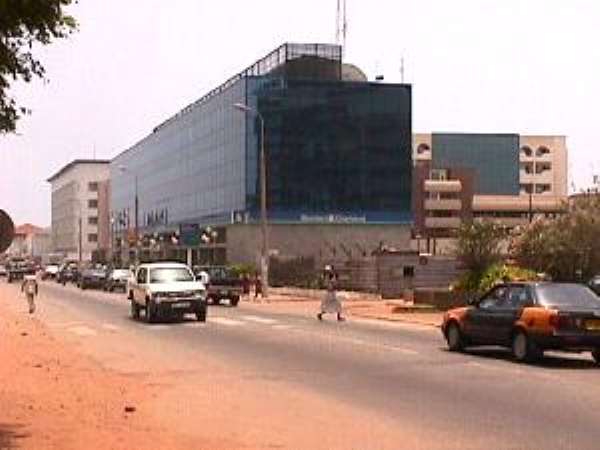 A GNA Feature by Hannah Asomaning Accra, Nov. 14, GNA - Many residents know the Accra Metropolitan Assembly (A.M.A.) as being responsible for keeping and maintaining a clean environment in the city of Accra.

It is, therefore, commonplace to hear people blame them for not keeping the Metropolis clean.

Many people complain of filth in the city and sometimes ask whose responsibility it is to keep the city clean.

A lot more people are tempted to point fingers at the Accra Metropolitan Assembly (A.M.A.) as an organization that is responsible for maintaining a clean environment in the city of Accra.

One will ask what is the responsibility of the A.M.A. popularly known as the "Abayee" in keeping the city clean.

The A.M.A. is supposed to employ people whose main duty is to clean the city, especially the market centres and other places where many people gather and as a result generate a lot of filth.

Officials from the Public Relations and Complaints Committee of A.M.A. say the Assembly is not the only body responsible for keeping the city clean, but organizations such as the Department of Urban Roads and the

Ministry of Works and Housing Hydrological Departments are also supposed to help keep the city clean.

Apart from that it is actually the duty and responsibility of every individual in Accra to ensure that his/her surroundings are clean, one does not need an A.M.A. official to come round and tell him to keep his surroundings clean.

The Committee recently paid a familiarization visit to some media houses with the aim of cooperating with the media as partners in progress to ensure the rapid development of the city.

On November 1, this year, The Ministry of Local Government, the Accra Metropolitan Assembly and the Regional Coordinating Council organized a massive clean-up exercise in the city of Accra aimed at ridding the capital of filth.

During the rounds of inspections by Mr Kojo Adjei Darko, Minister of Local Government and Rural Development, Mr Solomon Offei Darko, Mayor of Accra and Sheikh I.C Quaye, Greater Accra Regional Minister one thing that was echoed was that the city could only be clean if every individual realized that he/she is responsible for making the city clean.

The people were educated to be each other's keeper, educating one another not to throw rubbish about.

Mr Adjei Darko mentioned that the Government was very much concerned about keeping the city clean and maintaining it and said people played an active part in helping to keep the city clean and should not blame A.M.A. for filth in the city.

He said the Ministry of Local Government and Rural Development was bringing in 150 trucks that would be able to evacuate rubbish from the streets and each Sub-Metro would have three of such trucks.

"The trucks have a facility called the roll-on, roll-off skip loading, capable of collecting large quantities of waste," he said.

One thing that was noticed is that even if A.M.A. tidies the city and the people do not change their attitude towards filth making the city would remain dirty.

It is the responsibility of every individual to make sure that his environment looks neat.

An issue of concern, which was raised, at most of the centres was the absence of garbage containers on the streets and at the market places. As much as it is the responsibility of every individual to make sure that his immediate surrounding is clean, the Government also has a bigger responsibility to provide facilities that would make sweepers and other people who are responsible for cleaning the city enjoy their work.

The absence of garbage containers in most market centres do not help since after people had swept their surroundings becomes difficult to find a place to dump them.

These filth collected from clean-up exercises are mostly dumped by the roadsides and when it rains they get back into the drains thus the work done becomes zero.

If everybody plays his or her role in keeping the city clean, then there could be a clean Accra.

Sheikh Quaye after the clean up on November 1 said the exercise has been successful and there was the need to maintain a clean environment always.

He said more of such clean-up exercises would be organized regularly to ensure that Accra is clean.

"It is only when we keep our environments clean that we can be healthy and be able to work," he said.

He promised that more rubbish containers would be placed at vantage points in the city to help keep the city clean one cannot wait to see a cleaner Accra.