5 years on and Akufo-Addo still blames me for everything; what a 'poor leader' – Mahama 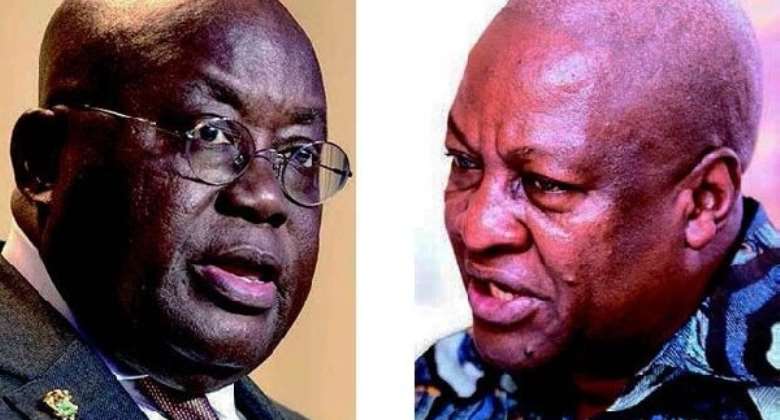 Former President John Dramani Mahama has said only a “poor leader” like President Akufo-Addo will keep blaming his predecessor for his (Akufo-Addo’s) failings five years into his presidency.

Speaking at the National Democratic Congress’ 40th-anniversary commemoration of the 31st December Revolution in Accra on Friday, the 2020 flag bearer of the NDC said: “Leadership is about responsibility”, insisting: “It is only a poor leader who shirks responsibilities and shifts blames”.

Demonstrating the difference between his leadership and that of Mr Akufo-Addo, Mr Mahama said: “We had power crisis – dumsor in this country – because of lack of investment in generation for many years, and, so, we were consuming more power than we generated”.

“That was the situation I met and yet, I did not say it is not my fault. I went to Parliament, took responsibility for it and promised to fix it, which we did.”

“Today, somebody [President Akufo-Addo] claims he inherited a weak economy, which he hasn’t been able to be responsible for 5 years on”.

“It’s always about Mahama and NDC”.

“If he [Nana Akufo-Addo] cannot do the job, he should give way for the NDC to do it for you.”