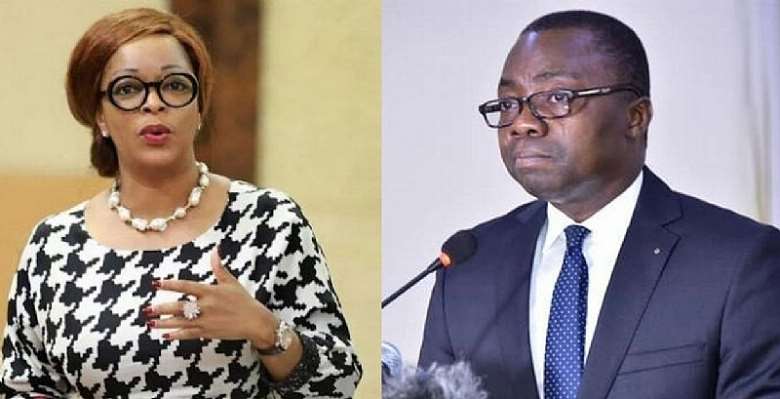 Both trials lasted less than two days. Both took place at the Economic Crime and Terrorism Court (CRIET), set up in 2016 ostensibly to end the impunity of Benin's political elite, but which critics charge is being used by President Patrice Talon to snuff out dissent.

The cases raise "grave concerns about political interference in Benin's criminal justice system", the US State Department said in a statement on Monday, expressing alarm at the "systematic targeting" of opposition figures.

"Demonstrating... that the judicial system will not be used for political purposes is essential to restoring Benin's former reputation as a regional leader in democratic governance and rule of law," said spokesman Ned Price.

Already under fire over the erosion of democracy and electoral irregulatiries, fears are mounting Talon, a former cotton magnate first elected in 2016, is now undermining the rule of law and independence of the country's courts.

Aivo and Madougou had brought a sliver of hope for the opposition during the 2021 election, but their candidacies were rejected by the electoral commission and Talon was re-elected with 86 percent of votes in a poll widely boycotted by the opposition and marred by violence.

Both were arrested around the April election -- Madougou just days before the vote, and Aivo the day after the results were announced.

Signs of a political appeasement emerged in September when Talon met with his biggest rival, former president Thomas Boni Yayi, but these latest trials dealt a fresh blow for the opposition and democracy in the country.

"We were dealing with a trial that was already decided in advance," said Bill Souleymane Kingninouho, a key member of Yayi's party who fled to Togo with a dozen others just before the last election.

The court judgements were a sign "that we did well not to return to our country," he said.

The two opposition leaders have 15 days to lodge an appeal, but they have to do so through the same jurisdiction that sentenced them.

With no new elements to support their case, they would most likely be condemned again, according to political analyst Mathias Hounkpe.

A week before the 2021 election, one of CRIET's judges fled the country after denouncing political pressures, including in the Madougou trial.

The government denies any interference in the judicial system and says the CRIET was set up to put an end to impunity among the political elite.

"This fight against impunity is absolutely necessary in Benin, but it loses in credibility when we see that it is being used to neutralise political adversaries rather than go after anyone close to power," said Gilles Yabi, founder of the West African think tank Wathi.

Calls for clemency on the Aivo and Madougou cases are multiplying from the opposition but also from civil society.

"Beninese people are not used to heavy sentences like this and a total lack of compassion," said Yabi. "That's why people are hopeful there will be a presidential pardon, now that the authorities showed who was the strongman."

Government spokesman Wilfried Houngbedji told reporters after the sentencing of Aivo that "the head of state, according to the constitution, has the power to pardon prisoners, whatever the nature of the infraction committed".

Talon, 63, was himself forced into exile in 2014 after he was accused of plotting against Yayi.

Following a pardon by Yayi, Talon returned to Benin, where he ran for office two years later.

Whether or not Aivo and Madougou are pardoned, for Hounkpe, their sentencing "further demonstrates how vulnerable citizens are".

The message from the government "is that they can throw you in prison if they want, and free you if they want, to eventually lock you in again," he said.

Nima Clashes: I ran for my life after hearing gunshots - Res...
38 minutes ago