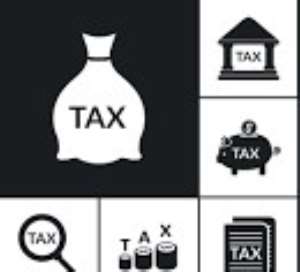 Kwabena Boadu, May His Soul Rest in Perfect Peace; For had he been alive he may have been so heart-broken and depressed that he would succumb to the treatment and stature of his boss, H.E Dr Mahamadu Bawumia in this 2nd term of this 2nd NPP government. The man for whom his life was sacrificed and with whom together with many others crisscrossed the entire Ghana and trotted the globe to help bring the then opposition NPP to power has now been reduced to the Shadow Minister of Communications moving from one lecture hall to another giving speeches on Digitalization.

Sadly, not only has he now become a ceremonial figurehead as the leader of Ghana’s Economic Management Team, his efforts at selling the country on the administration’s digitalization agenda was rendered useless after his most recent speech at Ashesi University. The real head of Ghana’s Economic Management Team (EMT), Mr. Ken Ofori-Atta, the president’s cousin, who doubles as the country’s Finance Minister would ensure that any goodwill generated from the speech is vanquished by introducing one the most Regressive Taxes (Momo Tax) ever known to the Ghanaian. A tax far more regressive than the Poll Tax of the colonial British government and had Ghana been any other truthful country, Mr. Ofori-Atta would have been fired for the man seems bereft of any ideas for revenue generation besides raising bonds or like others before him running to the IMF at the least chance thus ensuring that GHANA, a country more resource-endowed than a Bull is either perpetually in killer-debt or even worse its future at the mercy of foreign bondholders and foreign governments.

Mr. Ofori-Atta, the Real Head of the EMT by virtue of familial relations with the president would attempt correcting this grave error from internal generation of funds by raising taxes. Here as well instead of learning from the new Inspector General of Police (IGP), Dr Akuffo Dampare and being bold by going after the ‘real earners,’ the finance minister wants to make up for the budget shortfalls on the backs of the vulnerable with a killer 1.75% Momo Tax. The Momo Tax in and of itself is a fantastic idea should it be applied correctly to avoid double taxation and the rate either reduced or progressively instituted such that ‘high earners’ and ‘low earners’ are not taxed at the same tax rate; For what sense does it make when the money being generated for development itself is bringing hardship to low earners like ‘koko’ and tomato sellers among others.

In my article, Leaning Forward with The Elephant, (ghanaweb,2012), I expressed my support for the NPP to form a government based on my assumption then that the NPP had a much superior Economic Management and Organizational team, would do a better job at managing Ghana’s economy and equitably distribute the country’s wealth and resources. A position for which I felt vindicated in this administration’s 1st term with the introduction of Free Senior High School (Free SHS).

As stated in part 1 of this series on Ghana’s Tax System titled “Reverse Robin Hood,” folklore speaks of the character Robin Hood a once in a generation thief forming a gang of like-minded individuals to take from the rich and give to the poor. The equivalence of the story in tax parlance could be called Progressive Taxation where the tax rate increases as the amount to be taxed increases and vice versa. Also previously stated is the fact that I am not against Taxation in Principle; Heck not even the so-called E-levy for development or Momo Tax as it is commonly referred to. What I oppose is the regressive nature of its application and the exorbitant rate being assessed, hence, the concept of “Reverse Robin Hood”

Hybrid System of Taxation of CSOs, Think Tanks and other NGOs

Since the primary reason given for this Momo Tax is development, a reason I absolutely agree with even if I disagree with the structure of the tax; I propose a structural change to our current tax laws to include the taxation of some of the many Think Tanks & Civil Society Organizations springing up in every corner of the country seemingly in competition with the church for supposed supremacy of the land. Again, since we are in an urgent situation with our quest to develop, the Church (and other religious orgs) must also contribute their quota. Ghana is for all of us and the pain for any improvement to be enjoyed by all of us must be borne by us all. Here, the Ghana Revenue Authority and other Tax Organizations and Tax Consultants could be engaged to undertake a once in a generation structural tax reform akin to the Tax Cuts and Jobs Act in the USA better know as Trump Tax Cuts. Like the TCJA, this reform would be primarily tasked with revenue-generation. However, unlike the TCJA, this reform would not give any unnecessary tax breaks to corporations and other business/non-business entities, the politically and well connected and other wealthy folks.

Mr. Ken Ofori-Atta has begun the 2nd Term of this 2nd NPP government boldly, and we wish to encourage him to keep up the good work and continue courageously by taking on the Big-Timers as well; Unless unlike Dr. Akuffo Dampare, the IGP, the finance minister is only as bold as the supporters of Akuapem Poloo or Anas Aremeyaw; and as with many Ghanaians, the law must only work when the perpetrator is someone we may not know personally or with whom there is no personal affiliation. In the voice of Wiyaala melodiously singing the Osibisa song Woyaya, “We Shall Get There.” Oman-Ghana, let us keep marching for a ‘Better Ghana’. A Nation Beyond Aid and Kleptocracy.

Truth Is Our Light; GYE NYAME!

What's the big deal if military is withdrawn from Speaker Ba...
49 minutes ago

Bogoso explosion: 500 houses blown into pieces at Appiatse
51 minutes ago