Where Was God Dwelling Before He Created Heavens? 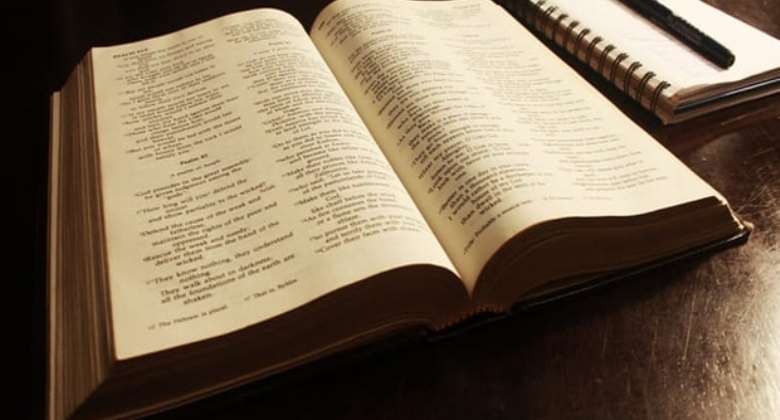 THERE IS a growing debate about the exact dwelling place of God between Christian believers and unbelievers. It is difficult to pinpoint the exact date this debate actually started, but it should be thousands of years ago. While Christians are convinced that God dwells in heaven, somewhere beyond the blues, unbelievers ridicule this thesis, describing it as a blatant illusion.

In fact, the argument being advanced by unbelievers many of whom are atheistic scholars is premised on some verses of the Bible which seem contradictory in their view. We shall discuss one of these perceived contradictory verses later in this article. As I explained in a previous edition, the word “contradiction”, according to the Merriam Webster dictionary, is “the act of saying something that is opposite or very different in meaning to something else.” This means a contradiction is a flaw or an inconsistency or illogicality.

Now, Christians' belief that God dwells in heaven is not based on their personal biased assumptions, but rooted in holy biblical passages. Several books of the Bible quote several prophetic voices as stating that God is in heaven. Firstly, the writer of the books of Genesis and Exodus in the Old Testament gives us a hint about the dwelling place of God. In Genesis 11:5 and7, the writer draws attention to the fact that “…the LORD came down to see the city…let us go down and confuse their language…”

Then, in Exodus 3:7-8, it is written: “Then the LORD said…I have come down to deliver…” Similarly, in Genesis 22:11 and15, God is reported to have called Abraham from heaven. These passages of Scripture clearly suggest that God lives above the earth on which cities sit and humans live.

Moreover, in the New Testament, Jesus Christ emphatically stated on several occasions that God dwelt in heaven. In his teaching on the mountain, the Lord Jesus Christ exhorted His disciples saying, “In the same way, let your light shine before others, so that they may see your good works and give glory to your Father who is in heaven. Then in Matthew 5:9, while teaching His disciples how to pay, Jesus Christ said, “Pray then like this: Our Father in heaven…”

Interestingly, however, a question is often asked about the exegetical accuracy of Genesis 1:1 in relation to the passages of Scripture presented above. The opening verse of the Bible tells us that “In the beginning, God created the heavens and the earth. Now, the question many ask is: if God is the one who created the heavens, then where was God living or dwelling before He created the heavens?

This verse appears short and simple, but very complicated with many implications. Dozens of academic scholars and ministers of the gospel have expressed various opinions about it in attempts to answer the question above. In answering it, an emphasis should be put on the word “heavens”, which suggest the availability of different types of heavens. Actually the term “heaven” literary means “expanse.” Thus, the Bible uses the word “heavens” to refer to different expanses which God created.

Firstly, heavens may refer to the region where birds fly, which we call the sky or the atmosphere. So the Bible says, “I beheld, and lo, there was no man, and all the birds of the heavens were fled (Jeremiah 4:25, KJV). Other translations of the Bible use the word, “air” for heavens in the verse above. Secondly, it may refer to the region occupied by the planets and stars, which we call outer space. “For the stars of the heavens and their constellations will not give their light” (Isaiah 13:10).

Finally, however, there seems to be another unique heaven, beyond the two aforementioned, a region where God was living before the creation. This heaven is greatly believed to be the place where God dwells and has His throne. Scriptures give us great insights about this: “For Christ has entered, not into holy places made with hands, which are copies of the true things, but into heaven itself, now to appear in the presence of God on our behalf (Hebrews 9:24).

This verse is accurately corroborated by Acts 1:11 which says, “…This same Jesus, who was taken up from you into heaven, will come in the same way as you saw him go to heaven.” Paul, the apostle, adds to this when he writes, “He who descended is the one who also ascended far above all the heavens …” (Ephesians 4:10). Also, in Hebrews 4:14, it is written, “Since we have a great high priest who has passed through the heavens, Jesus, the Son of God…”

Clearly, God, a self-existing Supreme Being, dwells in an uncreated self-existing heaven knowledge of which is beyond thorough human comprehension and discussion. 1 Timothy 6:16 states that God dwells in unapproachable light. And Isaiah, the prophet said, “For thus says the High and Lofty One Who inhabits eternity, whose name is Holy: “I dwell in the high and holy place…” (Isaiah 57:15).

Now, if we understand that God created the heavens referring to the first two realms, the sky and outer space, then we see that God was dwelling in a unique realm called eternity or heaven before creation. The word “create” means to make something ex nihilo or to make something that has never existed before. It is a word which only applies to God. Thus, there is nothing implied in Genesis 1:1 that God necessarily created His own home at the same time.