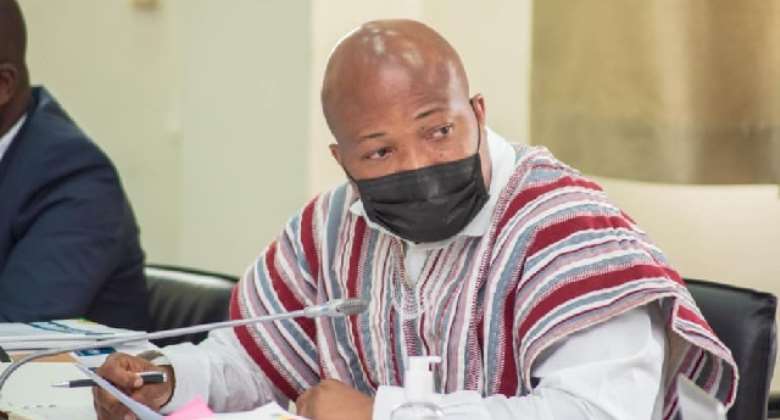 North Tongu MP Samuel Okudzeto Ablakwa has disclosed that the Minority’s strong resistance to the 2022 budget has yielded some key achievements as the government has reviewed some portions of the budget.

According to the lawmaker, due to the Minority’s resistance, the government has scrapped the Agyapa deal from the budget.

Also, there is no more automatic adjustments of fees and charges which covers more than 2,000 items.

He further disclosed in a Facebook post that the government has committed to work on phase 2 of the Blekusu Coastal Protection Project which was initially not captured in the budget.

Again the Aker deal will be amended while the government has also agreed to shift its position in the controversial 1.7 per cent e-levy.

Key achievements from our resistance to the 2022 Budget so far:

3) No more automatic adjustments of Fees and Charges which covers more than 2,000 items;

6) Government finally agrees to shift position on 1.75% E-Levy — negotiations continue on this.

The NDC caucus in Parliament has given this struggle our all, in the supreme interest of the Ghanaian people who sent us to Parliament. We will continue to count on your support, trust, confidence and prayers.

Together, we can win this battle and hopefully approve a budget that meets our collective expectations.

The Ghanaian people shall triumph!

The minority has mounted a strong resistance against the 2022 budget. They have refused to approve it until some amendments are made which they say will reduce the hardship on Ghanaians.