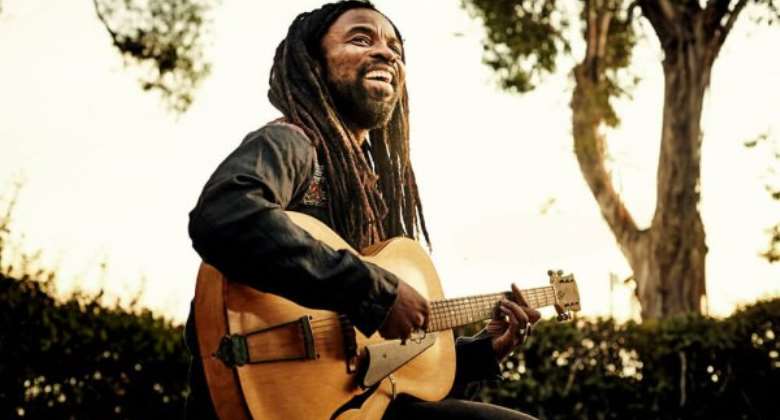 He might not be known by many Ghanaians but Rocky Dawuni continues to make strides on the international music stage with his unique musical prowess.

Rocky Dawuni who is now a two-time Grammy nominee gained the limelight back in 2015 when he became the first Ghanaian to be nominated for the Grammys.

Dawuni who lives between Los Angeles and Accra has a genre signature of a blend of reggae, highlife, and Afrobeat which is referred to as 'Afro Roots' and has recorded in studios all around the world including Zanzibar, Nairobi, and Harare, Zimbabwe, as well as throughout Europe.

The 52-year-old is one of Ghana's most travelled artiste and has risen up to become an international music star/global ambassador as well as a humanitarian activist.

Raised by his father, Koytau Dawuni who was then a cook for Military personnel in Michel Camp, Dawuni developed love for reggae music after the "Hot Barrels" band often played live shows in the military camp.

Dawuni grew up churning out some inspirational songs which had CNN naming him as part of Africa's Top 10 global stars.

Dawuni's eloquence, cultural diplomacy, and passionate activism have led him to become a moving spokesperson for various global courses.

There is no doubt that Rocky Dawuni has cemented his role as a central voice in the contemporary African reggae scene with his “African Soccer Fever” being featured in the tracklist for the 2010 World Cup in South Africa.

Rocky Dawuni has a tall list of top collaborations from all over the world but has featured some top artistes in Ghana which includes the likes Stonebwoy, Sarkodie, and Wiyaala on his ''Beats of Zion'' album released back in 2019.