The Establishment Panic at Cryptocurrency 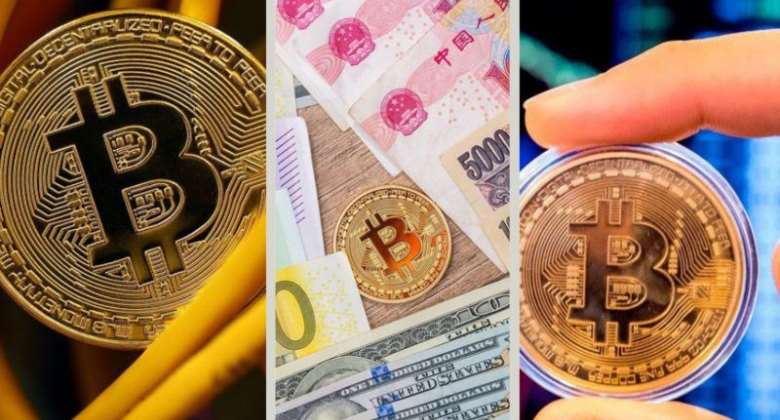 When Kingsley Amis encountered the works of D. H. Lawrence, he was left unimpressed by yet another great denouncer and missionary the English send “themselves to tell them they are crass, gross, lost, dead, mad and addicted to unnatural vice.” With little charity, Amis suggested leaving the didactic novelist on “on his pinnacle, inspiring, unapproachable and unread.”

Leaving aside matters of inspiration, much the same can be said of Hillary Clinton, failed US presidential candidate, tenured alarmist grump, ever worried about inroads being made into establishment power by rogue elements keen to snatch the crown of power. One of them, in her mind, is the threat posed by cryptocurrency.

During a panel discussion at the Bloomberg New Economy Forum in Singapore, she made the following comment worth quoting in full: “One more area I hope nation-states start paying greater attention to is the rise of cryptocurrency because what looks like a very interesting and somewhat exotic effort to literally mine new coins in order to trade with them has the potential for undermining currencies, for undermining the role of the dollar as the reserve currency, for destabilising nations, perhaps starting with small ones but going much larger.”

The remark has every threat imaginable in the Clinton universe: the potential dethronement of the almighty dollar, cornerstone and guarantee of US power; the attack on the nation state; the faux exoticism. For other figures of the establishment, cryptocurrencies pose a regulatory nightmare, able to be used for money laundering, people smuggling and drug trafficking. The fact that all this takes place very readily with standard currency transactions is another one of those inconvenient truths that does not disturb the narrative of dystopian terror.

Other political figures are also jittery at the inroads of crypto. India’s Prime Minister Narendra Modi, steeped in his own brand of creepy paternalism, told a forum hosted by the Australian Strategic Policy Institute on November 18 that it was “important that all democratic nations work together on this and ensure that it does not end up in the wrong hands, which can spoil our youths.”

Such a mood has not been helped by India’s Supreme Court decision from March last year, effectively invalidating a 2018 central bank order prohibiting banks from dealing in cryptocurrencies. The ruling saw a hot-flushed boom in investment.

Undeterred, a Modi government official told Reuters in March that consideration was being given to a new bill that would ban cryptocurrencies and criminalise possession, issuance, mining, trading and transferring such assets. The target here is private crypto assets; the preference is for blockchain technology.

Despite the severity of this bill, Finance Minister Nirmala Sitharaman was also throwing a few crumbs of reassurance at worried investors. “I can only give you this clue that we are not closing our minds, we are looking at ways in which experiments can happen in the digital world and cryptocurrency”.

El Salvador has already carved out a space in the nation state jungle for crypto, making it legal tender in September. Through mid-November, the country hosted Bitcoin Week, and the Minister of Economy, María Luisa Hayem, was enthusiastic in telling the Adopting Bitcoin conference how her government “is committed to innovating” and expressed pride at adopting the digital currency. Rosily, she proclaims that the “currency has given, in a short time, access to payments and services that Salvadoreans didn’t previously have.”

The move had been more than frowned upon by those agents of poverty, the World Bank and the International Monetary Fund, with the latter warning of “macroeconomic, financial and legal issues that require very careful analysis” arising from adopting such currencies. But even central banks, threatened by this decentralising digital march, are coming around, though there is a worry that such deposits might exacerbate financial instability.

In Australia, the Commonwealth Bank has ventured into the crypto market in partnership with the digital currency trading platform Gemini and blockchain analysis firm Chainalysis, developing an app enabling customers “to buy, sell and hold crypto assets”. Ten crypto assets will feature, among them Bitcoin, Bitcoin Cash, Litecoin and Ethereum.

The move is far from cavalier, and even slightly dull. The CBA wants a share of the crypto pie and thinks it can reassure customers it can do so in a regulated system. Having one dedicated exchange platform will mean that digital currencies from other exchanges will not be permitted to be brought in. Close monitoring is promised.

Clinton’s fears and warnings about unscrupulous digital barbarians running amok find themselves in cold isolation. The current cryptocurrency market is worth $2 trillion, a remarkable thing given that crypto only came into being in 2009. The market capitalisation of digital assets, according to figures from JP Morgan, has boomed from $200 million by 2019’s end to the current figure of $2.6 trillion.

True, such digital assets are becoming a threat, but this will come from the voracious appetite the minting and circulation of such currencies command. Bitcoin and Ethereum, together, consume as much electric energy per annum as Indonesia. It leaves a generous carbon footprint along with a growing electronic waste problem. Now that’s a worry.