What does the 1992 Constitution say about Conflict of interest? 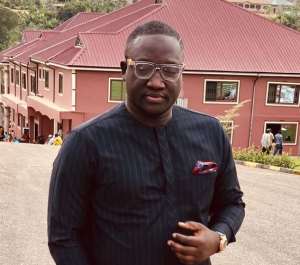 What is the conflict of interest and what does the 1992 constitution state clearly on that? Could it be that politicians have intentionally turned a deaf ear And blind eye to its merit? Could it also be that a member of parliament who is appointed by the president of the republic to become a state minister falls within the paddles of conflict of interest? If I may ask, are they obligate to collect double salaries as MPs and at the same time ministers of state?

What does the law say about that? Is it mandatory for the sitting president elected by the people to reappoint his MPs as ministers? Could it also be that the President of the land then has breached the law or has abused his prerogative as sitting President? Lastly, what does the law state on that? Let’s be good citizens by asking critical questions and demanding singing substantive answers in order not to brush it aside as one of the numerous oversight questions. Not long ago the minister of Finance made it clear on national television stated: “ there are no jobs “seeking that every graduate should go into entrepreneurship? Come to think of it, what will happen to the SHS students, university graduates and lastly the JHS students writing their exams currently? Is there any hope for education in Ghana? What then becomes the merit of free education for the people which huge some of funding has already been invested into it.

Sometimes as a Ghanaian I believe there is a need to scrutinise certain policies brought to the government before its implementation.

Here we are as citizens wondering what’s going on within our nation. I am of believing that most Ghanaians are highly disappointed in the government by such a statement made by the Finance minister. Could it be that there is no hope for an ordinary Ghana child? Is this not pathetic? The creation of a well-structured program for industrialisation requires partnering with the private sector to recruit people both in the private sector and the government sector. What is the required age for every Ghanaian public servant? If there is, must certain people be still at post? Must we take everything for granted as citizens to allow the future leaders of this country to perish with all their academic credentials, all in the name of certain requirements of working experience? Is the national service certificate not enough to Employ graduates? Sigh!! Am still thinking outside the box though.

Not quite a long there was a shortage of Drs and nurses in our hospitals yet after these nurses had gone through medical training they had to demonstrate for them to be posted to various destination to work again salaries becomes a problem not to talk of teachers etc.

I believe the government will spare head to certain things to resolve this crisis immediately. I am sure such tragedy goes off the neck of both the citizenry and the government.

The writer is the CEO of Avcontech Security Consult

We say no to Bagbin's political charlatanism, partisan chica...
54 minutes ago