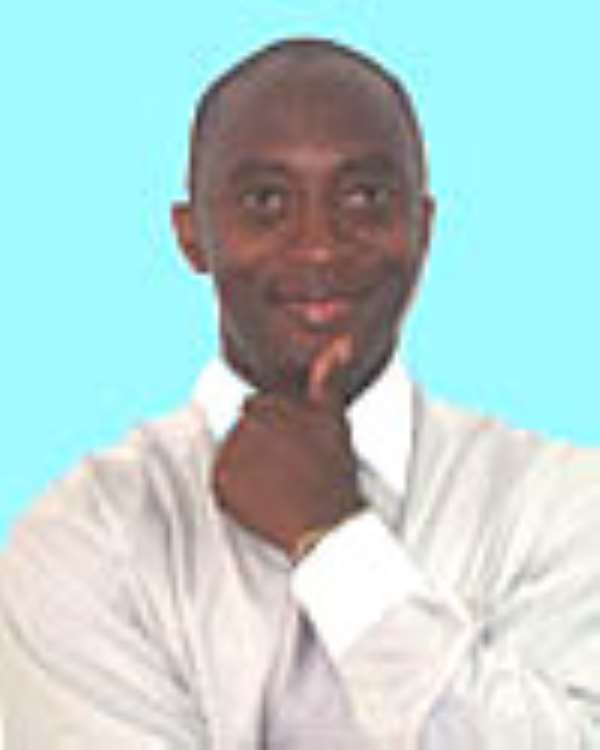 ► Gross official reserves equivalent to 2.3 months of imports and services.

My Comments On another note, the minority opposition NDC, through its minority spokesman on finance, former deputy Minister of Finance, Hon Moses Asaga has described the budget as a killer budget because it fails to address the allegedly increasing living hardships that the economy has bestowed on the people of Ghana in recent times. He further inferred that the ruling NPP has failed the people of Ghana on its campaign promises. I find it preposterous that anyone, politician or otherwise would believe that in two years the NPP would wave its magic wand and there would be milk and honey flowing on the paved streets of Accra. A rather heated debate on the popular Front Page radio program (Joy Fm 99.7) almost went ballistics when it degenerated into a verbal slugfest between participants Hon Moses Asaga, Mr Osei Akoto (Special Assistant to the Minister of Finance). Certainly the opposition NDC who habitually look for any reason to berate the NPP for anything, once again couldn’t let pass the opportunity, and of course the NPP side accordingly had to remind the NDC of the legacy they left behind and how it has made recovery such a daunting challenge. Doubtlessly, Accra has seen some further progress since 2000. A clear indication of confidence in the economy is the sudden surge of shops in the urban areas. Woolworth, the giant South African retailer opened two shops in Accra and in Osu, the main shopping line and Accra’s burlesque answer to London’s Oxford Street, the shops have expanded significantly. Coca Cola the big bottler has invested significantly and other brewers such as Guinness have indicated their intentions of investing some more in Ghana. But there has been a lot of noise that the ordinary man will be worse off with the 95% increase in petrol prices more than a month ago. In Ghana, any increase in petrol prices is a windfall for any one selling anything, as it is an opportunity to double and triple prices. But the increase in petrol prices means more than that, it brings us closer to paying a real price for fuel (¢4,444.44 approximately $0.51 for a liter of petrol) whilst putting a cap on the humongous debt being piled up at the virtually bankrupt refinery. There is a lot of activity in the road sector with road projects being reactivated or commenced. Streetlights are springing up on any decent road in the city and a cursory observation indicates that there is some serious work going on somewhere. There is now state run public transport (bus) system crisscrossing the city. The police force has been strengthened with vehicles and equipment, and the rising armed robbery scourge has seemingly been nipped in the bud. It looks like things are looking up and people are waking up. Things are being done properly and that is a serious change. But it is easy to take all these developments for granted and forgetting that it may be the result of sacrifice and hard work.

My personal assessment of the budget is that, it is aimed at realistically addressing the inherent problems of the economy. Macro economic stability is still a clear objective whilst there are also great indications of growth stimulus through tax and capital support for local industry. New remedies for revenue collection have been mentioned whilst expenditure will be tight. The government is also clear on the importance of the finance industry to development therefore has made moves which are geared towards developing a market for longterm capital. The biggest challenge will be how to diffuse the heat that will emanate from the reality checks in the economy, just last week there were peaceful demonstrations from the labor front urging the government to quickly resolve the fixing of a minimum wage. The budget eventually stated a 31% increase in the daily minimum wage from ¢7,100 to ¢9,200 for the first time the minimum wage has been increased to more than a dollar (approximately ¢8,600). There is still a lot more mileage to cover but so far so good for the NPP government. The privatization program which virtually ground to a snail rest pace needs to be renergised and completed. The capital markets will certainly get a significant boost if the 10 companies (including Barclays Bank Ghana and Coca Cola Ghana) the government has put to sale are at least listed on the Ghana Stock Exchange. But the recognition that the government needs to support venture and private equity funds is commendable and may be the stimulus needed to stoke and re-energize the struggling embers of corporate Ghana, which is significantly dominated by SMEs with no access to capital. Any comments are welcome.