Open Letter to Tamale Mayor: Think like your predecessor but act differently 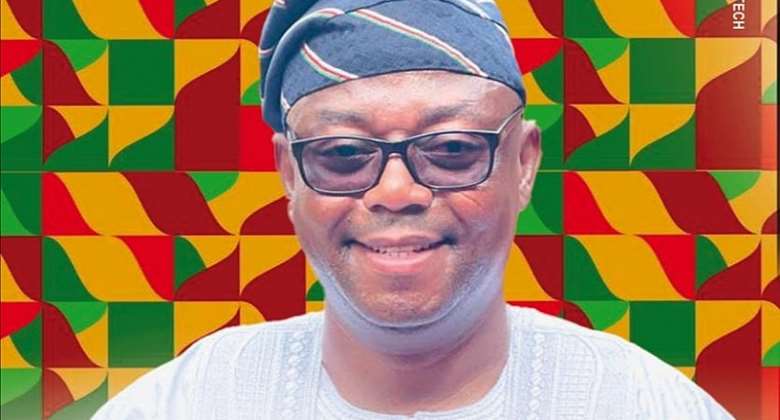 Sir, I congratulate you on your nomination and subsequent approval to be the chief driver of our beloved Tamale Metro.

May you be blessed with the wisdom to safely drive us until your term in office expires.

Sir, this letter is the first in a series of letters I intend to write to you via the internet during your tenure as Mayor of Tamale.

I overheard you say in one of your media appearances that you will use the remaining months of 2021 to plan your projects and get the ball rolling next year.

I'm thrilled with this decision because it will allow you to gain a thorough understanding of your office as well as the real needs of our beloved city.

To be honest, that statement has compelled me to write you this open letter.

Sir, without any equivocation, you have succeeded a Mayor whose accomplishments many claim are nothing to write home about. He had wonderful plans, but he couldn't carry them out.

He launched the Tamale Project, which, if he had accomplished, would have made Tamale one of the best cities in Africa.

The Tamale Project included, among other things, a decongestion exercise, arresting and prosecuting of drug abusers especially those who used our forest reserves for their nefarious activities.

He received the highest praise from Tamale's traditional and religious leaders. The media gave him best of their attention. He was constantly in the news, and everyone thought he came to save the 'dying' city.

Unfortunately, things started to go in a different direction few months in power. Our 'Moses' was rapidly transforming into a completely different person. Everyone was stunned as he began acting like a power drunk leader and very undiplomatic. His beautiful plans were thwarted.

Most social commentators, however, blamed your party for his failures. They gave the impression that your party was dissatisfied with the mayor's plans.

He was accused of making the party unpopular in the region, which caused serious schisms within the party.

Sir, I have included this background in my letter to help you understand the task at hand. It is insufficient to have good plans for the city, as your predecessor did. You must choose between leaving a legacy and becoming the favorite of your party's regional executives.

If you want to stay in the good books of your party executives, you cannot accomplish the work at hand. They are politicians, and what will increase their chances will always take precedence over what will build the metropolis.

For this reason, you should think like your predecessor but act differently. Make the youth, chiefs, and religious leaders your allies, not the members of your party.

The youth have so much hope in you, so you can not afford to let us down like your predecessor.

Have it in mind that party executives will try to interfere with your work but don't allow them to control you.

Above all, stay focused and be humble.

I am not sure there is a single person in Tamale who would not want the development of the metropolis, it is just a characteristic of humans to be slow in embracing change. However with time, a good leader should be able to convince everyone to embrace and accept change, I believe you are more than capable of doing that.

On this note sir, I hope my letter reaches you safely.

Your friend in the media