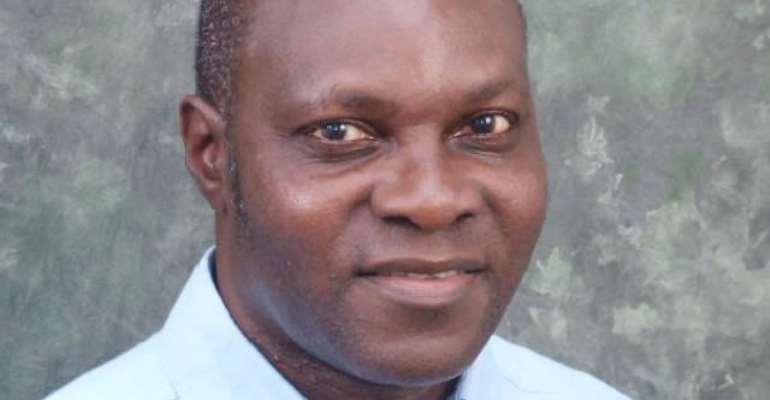 Democracy's avowed enemy, J.J. Rawlings is at it again. In a speech in Kumasi, the ex-President said " There is something called unlawful order. We must learn how not to accept wrong things from authority. Positive defiance is what I used to call it." Since handing over reluctantly to President Kufuor in 2001 after the defeat of his hand-picked successor, Mr Rawlings has been making public comments calculated to undermine democracy. This time however, the government has invited him for questioning and is reportedly considering charges against the ex-President. While Mr Rawlings was being questioned, the ( P) NDC decided to protest the questioning rather than condemn the inflammatory remarks. The press has chimed in with a range of editorials while the FM stations have given voice to the public's outrage with Mr Rawling. The newspaper editorials have ranged from the " Accra Mail" s call for strong action through "The Chronicle"s call that the government's " best answer to a fool is silence" to the " Daily Graphic"s call to " Let us exercise moderation and circumspection". Aside from the emotional reactions to Mr Rawlings' latest tantrum, should his conduct, pronouncements and temperament since leaving office give us cause for concern? To fully evaluate our predicament, let us get some facts and questions on the table. First, after watching Mr Rawlings over the last two decades, Ghanaians should not be surprised at what he said. He has repeatedly admitted that he is opposed to democracy and he is working to undermine it. The sad truth is that Mr Rawlings has grown old with most of us but unlike most other people, he has failed or refused to grow up. Thus, despite twenty years in office, he failed to acquire the demeanor and temperament that would be appropriate to his current status.

Second, was this statement by Mr Rawlings treason or just the exercise of his right to free speech in a democracy? Was what he said the equivalent of shouting "fire" in a crowded theatre?

Third, assuming that his conduct was unlawful, is this the most serious charge that can be brought against him? It seems that if the government has decided finally to confront the threat posed by Mr Rawlings, there are more serious offences that he could be charged with. This will be a token charge with a token sentence that will only give him the chance to travel around the nation and the world claiming that he is being harassed when at best only kid's gloves are being laid on him.

Fourth, the editorials were interesting. The " Accra Mail" was perhaps too strong in calling for action by the government but it was right on target in pointing out the negative impact of such pronouncements on investments and the significance of Kofi Anang's presence. "The Chronicle" has advice that the government and the press should heed regarding Mr Rawlings and his ilk. The press has a right to publish anything that it deems newsworthy but it has no obligation to publicize the ranting of every fool. On the other hand, Mr Rawlings gets too much credit for the return of democracy. Democracy was forced down his throat painfully and such statements by the press under-estimates the price that was exacted from so many by Rawlings and his minions during our struggle for democracy. The "Daily Graphic"s call for "moderation and circumspection" was at best inconsistent and at worst hypocritical. Throughout Mr Rawlings' twenty-year rampage through our history, the " Daily Graphic" joined by it's twin sister "Ghanaian Times" has been his loudest "amen corner", praising each of his excesses and urging him on to greater excesses as he trampled on democratic principles left and right. It never called for restraints as the (P) NDC took lives, liberty and property from the innocent. The paper's embrace of "moderation and circumspection" in dealing with the government's opponents has come too many lives and a lot of liberty late but hope, as they say springs eternal!!

The NPP government must aggressively protect the mandate that they won fair and square from the people of Ghana. It should steadfastly ignore the idle chatter that the era of coups is gone forever in Ghana. To take an example from South America, Chile was a stable democracy for one hundred years before the Pinochet coup of 1973. Also, during the Limann administration, government functionaries used to brag that the era of coups was over. Yet, we all know what happened. The truth is that the defense of democracy is a never-ending task. Everyday, we must wake up and work hard to promote democracy. The NPP should remember that neither of it's two civilian-led predecessors lasted three years and it is approaching it's third year. It is therefore time for extra vigilance. Let us all accept the fact that until he draws his last breath, Mr Rawlings will spend every moment of his life working to undermine democracy. Like a medieval monarch, he insists that he must reign or die. The question for the government is: how much will they let him get away with? Those wringing their hands at the strictures of the constitution should remember that despite the prohibition against coups in the 1979 constitution, Mr Rawlings did not have any qualms about staging a coup. If that is any guide, he will not miss another opportunity to stage a coup. Let the government therefore beware.

Finally, as a nation, our talk and our deeds on coups have been contradictory. While we profess to be against coups, we have sent every generation of coup-makers into retirement with adulation and riches. Indeed, the only punishment meted out to coup-makers have come from other coup-makers. It is time for our talk to match our deeds. The defense of democracy requires a good government, a patriotic and professional military and an educated and engaged press and citizenry. Let us work hard to preserve it because it's enemies are hard at work trying to destroy it. We must collectively defend democracy so that it can protect us individually. As Santayana said " Those who ignore history are condemned to repeat it's tragedies"

Government must withdraw nominations of MMDCEs rejected — CL...
19 minutes ago

Alleged shortage of fertilizer in Volta is sheer propaganda ...
19 minutes ago