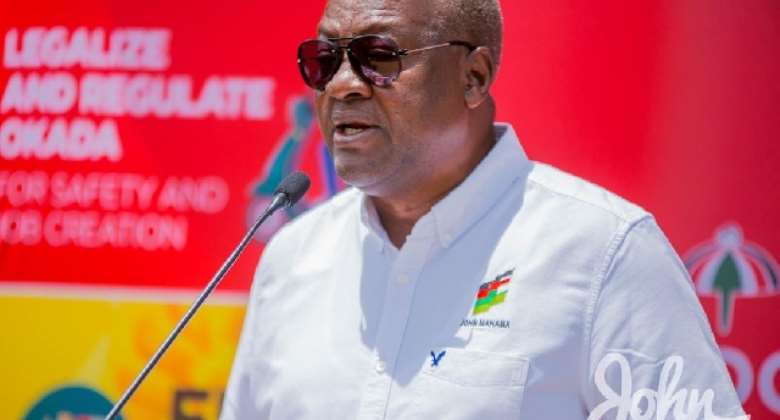 Former President John Dramani Mahama has once again taken a swipe at President Nana Addo Dankwa Akufo-Addo accusing the him of mismanaging the country.

The Akufo-Addo government has no clear strategy for creating jobs for the youth, he further said.

Speaking to the people of Oti Region during this thank-you tour, Mr. Mahama indicated the NDC has policies that prioritise youth empowerment as well as job creation.

“There is no government that has mortgaged the future of the youth of this country more than this NPP administration. Look at all the work we did. Look at this Ho Technical University and all the infrastructure in this region. Who built them? The point is, they [NPP] can come and deceive our people that they have always voted for NDC, and what has the NDC done for them.”

“There was no public university in this region and the highest anyone could have gotten is HND, but today there is the University of Allied Sciences, and we are not done with you yet. If NDC comes back to the government, you'll see the infrastructural development that will take place here”.

Mr. Mahama recently kicked against plans by the government to re-introduce the Agyapa royalties deal.

He insists the deal is bad and inconsiderate because it will invariably mean “mortgaging the future of the youth”.

“They [Akufo-Addo government] are mortgaging Ghana for everything. They have sold everything for loans. Now they don't have anything to sell anymore. It is our gold that is left, that is the Agyapa they want to do,” Mahama said in an interview on Cape 93.3FM.

“Because they see that they've sold the utensils, they've sold the chairs in the hall, the bed in the bedroom has been sold, now they are looking for the next item to sell. They have settled on the windows to sell. That is our gold, which they want to sell this time. They want to use that to go and collect over one billion dollars”, he lamented.