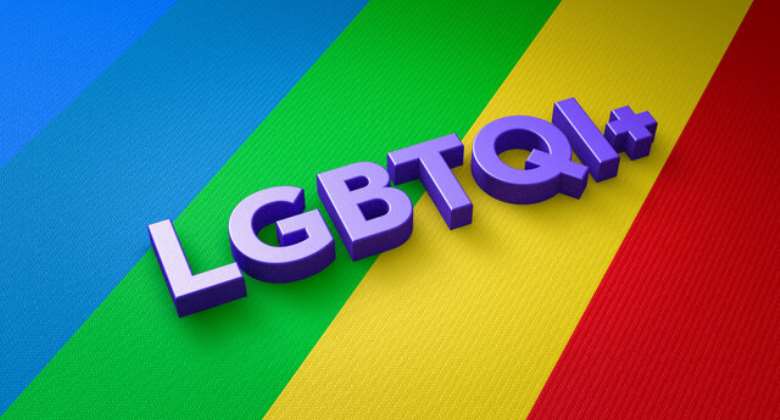 Let any member of parliament go ahead and vote in favour of homosexuality in Ghana; that MP should be ostracized by his constituents.

Excuse me, it is only a foolish, senseless, wicked, weak, and a member of parliament whose temperature is low, and did not take a look at his children and wife’s/husband’s face will loosely out of a shivering body like a fowl suffering from ‘newcastle disease' will vote that gays have a right. Such MP has no regard for the African culture and heritage that cherishes life as an ancestor.

Gay is not only against the wish of God as the Christian Bible notes, it is a de-humanising thing cropped out from some human adventures.

It is only a foolish, mad, and stupid penis that has lost the way that may end up in one useless, good for nothing and purposeless anus of another fellow. And it is only a coward vagina that will arrogantly accept another mad vagina as a partner.

I have in several previous articles of mine noted that homosexuality is nothing born with, it is something some people have made up their minds as adventurers and they are spreading their adventure abroad. Why is the act spreading?

Many people are in need of wealth, positions and money; as such, propagandists of the act are sponsoring in various ways sometimes through money and kind so as to reach their aim of getting the act across the sea. This is why you will have respectable men and women in the society in support of the act. Don’t be surprised that there are some religious persons, be it pastors or priests who may support the act in silence. Maybe, they have been given a huge sum of money or wealth, and their duty is to make sure those in the act are given the maximum security.

Woe to my MP, Hon. Dorcas Affo-Toffey should it comes out that the bill before parliament is rejected, you will definitely lose your seat. All other MPs must take caution from what will happen to the Jomoro MP should the Bill is rejected.

I rest my case for the moment. Say no to homosexuality.

I Emmanuel Graham Nyameke cast my vote in favour of the Bill. Gay practice should not be allowed in Ghana.

Latest Photo Reports
Catch up with all the political quotes from our politicians.
Advertise here
More from Opinion
ModernGhana Links
Smart Strategies To Promote And Grow Small Businesses
The case for Raila Odinga as Kenya’s next President
Nurturing Creativity In Young Learners Is Crucial In Today’s Changing World
TOP STORIES