By Seun Olowoporoku - The Conversation 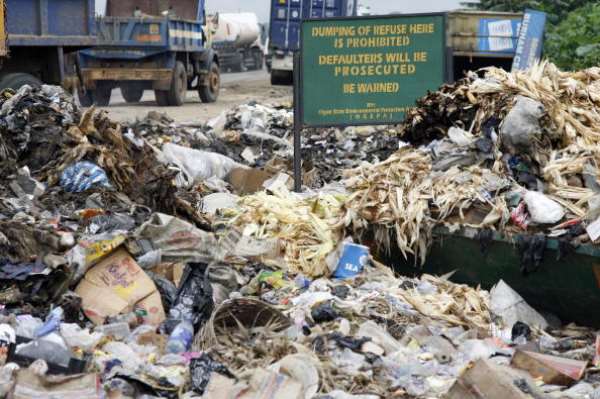 This has implications for sanitation behaviour. For example, people indiscriminately dump waste and a significant proportion of the population defecates in the open . Without access to such basic facilities, health systems are over burdened by people seeking treatment for infections and diseases .

On top of this, access to water supply, toilets, drains and solid waste disposal is intrinsically tied to several basic human rights. Lack of water, sanitation and hygiene infrastructure leads to poor nutrition and education.

I did research to document the scope of the problem in Ile-Ife, a mid-sized town in south western Nigeria. I set out to establish what access people had to basic services and how much they used them. I also sought to establish peoples' attitudes towards the government attempts to provide basic sanitation facilities.

I found that there was a link between how much people used services based on where they lived. This, in turn, was influenced, by their socio economic status. My findings echoed earlier research done in Ibadan and Akwa Ibom . This indicated there is there is a significant statistical association between socio economic conditions, place of residence, the availability of facilities and the behaviour of residents.

If people have running water and toilets in their homes, they use them. If they don't, they defecate in the open.

The research was based on a household survey carried out in Ile-Ife, which is in Nigeria's Osun state.

The two local governments areas in Ile Ife, which has a population of 374,000, were stratified into low income, middle income and high income.

The low income areas, mostly unplanned, are located close to the city centre. The middle income areas show evidence of modern planning and accessibility to government and social amenities. The high income areas are developed through a well laid out plan.

I focused on residential buildings. I asked 287 adult residents, chosen randomly from each of the residential areas, to answer a questionnaire.

I found that the source of and access to water and other sanitation infrastructure depended on income level.

Most of the respondents in the low and middle income areas depended on well water as their source of water supply. Those in the high density areas, depended mainly on borehole water.

Where there were no toilets, residents mostly defecated nearby bushes, streams and open spaces.

The most common waste disposal method in the study area was through waste collector trucks. This service, managed by agencies of the state government, collects household wastes dumped on road sides.

My second line of inquiry was about peoples' perceptions about the conduct of the monthly sanitation exercise. Osun state is one of the few states in the country that has adopted the policy. It involves mandatory monthly clean ups. Peoples' movement are restricted and they're expected to cut down over grown weeds, sweep neighbourhoods and clean out drains.

Waste from the clean up is piled on the road. Garbage trucks sometimes arrive to pick it up, but often don't.

Residents attitudes towards the programme were divided along socioeconomic lines. In low income areas residents expressed dissatisfaction with the prompt trial of offenders. In more affluent areas residents where unhappy with the maintenance of dump sites.

To get people to change their behaviour towards sanitation, more needs to be done to educate residents about the implication of poor sanitary behaviour. So far, compulsion hasn't been effective in creating behavioural change.

The local governing authorities, non-governmental organisations, community based organisations and landlords should ensure adequate sanitation facilities and services. This should be done irrespective of socio-economic status and place of residence.

In addition, the federal government must enforce regulations to sanction house owners without basic environmental sanitation facilities like toilets.

And government officials must be alive to their responsibilities. They must inspect buildings and ensure house owners adhere to sanitation ethics such as designation of household waste disposal sites, cleaning of household drainages and adequate channelling of household water.

Finally, relevant stakeholders such as municipal government, landlord organisations, community based organisations and environmentally concerned NGOs can also ensure proper management of dumpsites across the city.

Seun Olowoporoku does not work for, consult, own shares in or receive funding from any company or organization that would benefit from this article, and has disclosed no relevant affiliations beyond their academic appointment.