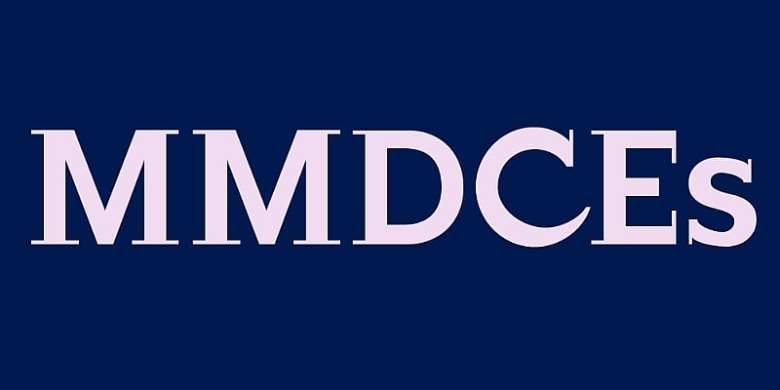 I kept an eye on the squabbles that erupted as a result of the President's announcement of nominees for the MMDCE posts. At least since the 4th republic, violent protests following the nomination of MMDCEs have grown commonplace, and it has gained popularity among members of the two major political parties.

The decentralization process is validated by Ghana's 1992 Constitution, which established the local government service and administration. Article 243 (1) of the Constitution specifies how the country shall appoint MMDCEs to lead the different Assemblies. “Every district shall have a District Chief Executive who shall be appointed by the President with the prior approval of not less than two-thirds majority of members of the Assembly present and voting at the meeting.” The people have the power to accept or reject the President's nomination under Article 243 (1). When this constitutional provision exists, one would question why the nomination of MMDCEs is fraught with ambiguity.

Surprisingly, some of the reasons for the demonstrations that follow the nomination of MMDCEs are known to the public. A nominee requires some financial resources to secure his appointment, in addition to vigorous lobbying to capture the President's notice. You'll hear some assemblies proceed to a second or third round of voting before a nominee is confirmed. These delays are frequently used by members of the Assemblies to extract money from candidates, effectively exchanging votes for cash.

The manipulation of the number of ballots cast for the ‘yes' and ‘no' votes is another major source of unrest. During the voting process, it is customary for party operatives to collude with Electoral Commission personnel. When the ballots are sorted, the Assembly Members usually do not have access. As a result, party loyalists and E.C. officials easily switch the ‘more' negative votes with the ‘few yes' votes to approve the President's nominee. This atrocious conduct is masterminded by both the NPP and the NDC. These developments, which are firmly ingrained in any ruling party, pose a danger to local governance. Allowing a rejected nominee to act even exacerbates the issue, and the public will revolt to prevent this imposition.

The government and stakeholders must amend the law to allow for the election of MMDCEs in order to give substance to the decentralization system. The election of MMDCEs increase accountability and reduce the monetization of the MMDCE nominees' confirmation process. The present arrangement gives MMDCEs carte blanche to misbehave.

Members of the Assembly must also be permitted to see the sorting and counting of ballots before a nominee is declared. This increases the public's confidence in the electoral process.

Finally, the two major political parties should learn to research before appointing the MMDCEs. The nomination of the MMDCEs is one of the blows against the NPP. Whether you like it or not, the President's nominations are skewed. The NPP's grassroots are opposed to retaining several of the MMDCEs, especially in light of the results of the 2020 general elections. The retention of MMDCEs was never based on any study, with the exception that those kept by the President either collaborated with their MPs or sponsored the 2020 campaign. This is a problem that the NPP must be concerned about as we approach 2024. I remain a citizen not spectator.

Hottest Photo Reports
Catch up with all the political quotes from our politicians.
Advertise here
More from Article
ModernGhana Links
Would Kenyan women's rights be safe under William Ruto? Why they might not be
Mosquito species from Asia poses growing risk to Africa's anti-malaria efforts
Mosquitoes: there's malaria, plus 5 other diseases they pass on to humans
TOP STORIES