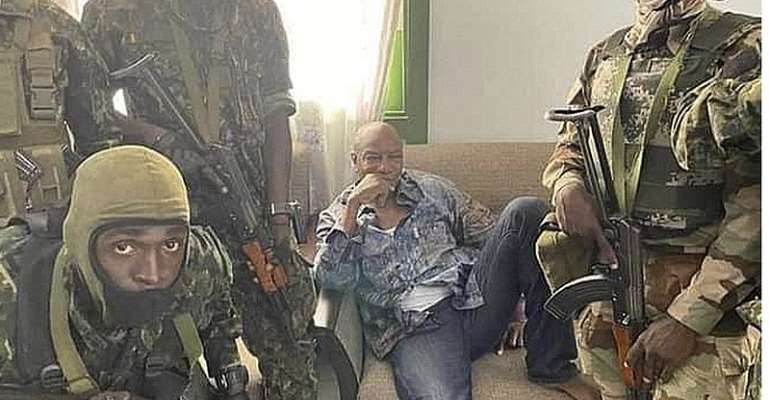 West African civil society groups have in a joint press release charged the Economic Community of West Africa (ECOWAS) to take a firm stance against leaders of member states exhibiting greed for power beyond their tenure.

It comes after cries from Guineans were ignored leading to the recent Coup d’état in the country.

Earlier this month, the Special Forces of Guinea successfully took over the government of the country having arrested President Alpha Conde and announced the dissolution of the country's constitution.

According to the West African civil society groups, they are dismayed and disappointed at the erosion of democracy in Guinea during the last few years leading to the September 5 coup d’état.

In an appeal, the groups have charged ECOWAS to crack the whip on leaders of member states abusing power.

“....we implore ECOWAS to take a firm stance against leaders who abuse their incumbency to manipulate constitutions or engineer constitutional changes to remove or modify presidential term limits in order to cling to power. Incumbents must not be allowed to change their national constitutions for their own personal benefit,” part of the joint release from the groups has said.

It adds, “We believe that a resolute stance by ECOWAS against such self-serving constitutional changes by incumbents will not only prevent some of the unwarranted, unconstitutional, and unjustified changes of government in the Region, but help strengthen democratic development and advance the interest and aspirations of Community citizens.”

In a latest update to the situation in Guinea, the junta is preparing the transition with the "living forces of the nation" that will eventually lead to the return to democratic governance.

Find below the release from West African civil society groups: