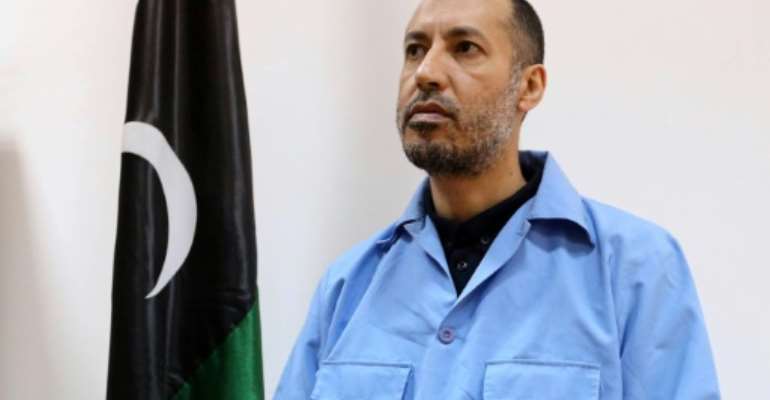 Saadi Kadhafi was known for his playboy lifestyle and briefly played as a professional footballer in Italy. By MAHMUD TURKIA (AFP/File)

Saadi Kadhafi, a son of Libya's late dictator Moamer Kadhafi who was killed in a 2011 uprising, has moved to Turkey after being freed from jail, the family spokesman said Friday.

Saadi -- the strongman's third son now aged 47 -- was known for his playboy lifestyle and briefly played as a professional footballer in Italy.

He was freed along with several other prisoners, including Kadhafi's former cabinet and intelligence chief, Ahmad Ramadan, last weekend.

Turkey's foreign ministry has refused to comment on reports that Saadi has moved to Istanbul.

But Moussa Ibrahim, a former Libyan information minister who still serves as a Kadhafi family spokesman, told Turkey's Haberler.com news site that Saadi was in Turkey with his family.

"Egypt said it would welcome Saadi, and so did Saudi Arabia. And there was Turkey," the spokesman was quoted as saying.

"A common decision of all the parties involved was also in favour of Turkey, since it was easier logistically. Saadi also wanted to go to Turkey, and it was arranged."

Saadi fled to Niger following the 2011 NATO-backed uprising, but was extradited to Libya in 2014.

He was held in a Tripoli prison, accused of crimes committed against protesters and of the 2005 killing of Libyan football coach Bashir al-Rayani.

In April 2018, the court of appeal acquitted him of Rayani's murder.

Since the 2011 uprising, Libya has sunk into chaos, with an array of rulers and militias vying for power.

A 2020 ceasefire ended the factional fighting and paved the way for peace talks and the formation of a transitional government this March, ahead of elections set for December.

But preparations are marred by disputes over when to hold elections, what elections to hold and on what constitutional grounds.