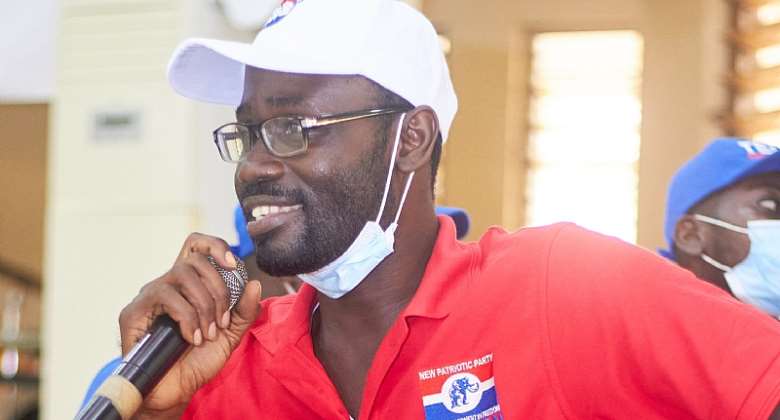 Talensi seat was declared vacant by the then Speaker of Parliament, Rt. Hon. Edward Doe Adjaho.

Let me remind all of us that Rt. Hon. Doe Adjaho didn't waste no time to declare Talensi seat vacant.

His actions followed the enskinment of the former Member Parliament for Talensi Hon. Robert Nachinab Doaneng as the paramount chief of Tongo in the Upper East region. He was the MP on the ticket of the New Patriotic Party (NPP).

Fast-forward, the then majority chief whip, Mohammed Mubarak Muntaka raised this issue on the floor asking the speaker to declare the seat vacant in line with the Standing Orders of the House and also in reference to the Constitution which debars chiefs from participating in active party politics which was welcomed by the house.

Muntaka Mubarak, then majority chief whip raised the issue when the speaker, Edward Doe Adjaho, was outside the country and in his stead was the first deputy speaker, Ebo Barton Oduro, who also supported the call by the majority for the seat to be declared vacant, but said that a decision would have to ultimately come from the speaker when he returns from his official trip.

Rt. Hon Doe Adjaho returned to give his ruling by declaring the seat vacant, I want to understand why Rt. Hon Alban Bagbin is trying to protect another of whom court has passed a judgement for the speaker to declare his seat vacant due to the fact that he has deliberately violated our constitution which is the supreme law protecting this country.

I don't think Rt. Hon. Speaker of Parliament should go on that tangent by trying to be smart, such a move by him is a threat to the peace we are enjoying in this country. He told us he will defend the constitution , from where I am sitting, I don't see him to be defending the constitution of Ghana but he is using that capacity to defend his seat as Speaker of Parliament and people from the NDC.

I need more Education on why court ruling can be thrown in the bin by the law making body of Ghana.

Latest Photo Reports
Catch up with all the political quotes from our politicians.
Advertise here
More Critics
ModernGhana Links
Response To National Security And Military High Command On Withdrawal Of Military Personnel From Speaker's Office
Speaker Bagbin's Drama Is No Longer Funny -Sir Obama
Absurdity In The Management of SDD-UBIDS
Omicron Variant Awakens the World to Vaccine Inequity, Racist Policies, and the Global Neglect of Africa
Minority MPs In Parliament Disappoints Their Constituents with an Unreasonable Own Goal
E-Levy Doesn't Discriminate
People of Upper East Region enemies of development, reasons why Upper West is ahead
Another episode in Ghanaian faux outrage: The case of the Do-or-die Affair
Corruption Fight: 78% of Ghanaians not confident in Akufo Addo rather than CDD's 62% - Economist claims
TOP STORIES