Sierra Leone To Redenominate Its Currency, Any Lessons From Ghana`s 2007 Exercise? 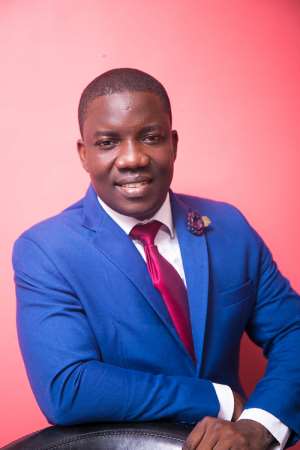 Few weeks ago, I arrived in Sierra Leone (Salone) and while at the Airport, I was asked to undertake another COVID 19 test. To my surprise, while the COVID test was USD80, I was asked to pay the equivalent of SLL800,000. Your guess may be as good as mine on what was already going through my mind. I secretly spoke to myself, that before leaving the country, I was going to taste the status of being a ‘billionaire’. Maybe I was dreaming in daylight. Why? Assuming that SLL800, 000 was in Ghanaian local currency (i.e. GHS800,000), that could buy me a mansion at Airport Hills, East Legon in Accra, a family trip to San Francisco or Maldives island across the Indian ocean.

The breaking news from the governor received mixed reactions from the good people of Salone. The citizens just couldn’t understand how they will wake up one fine morning, only to see their bank account balances and currencies being wiped off by some three Zeros.

In fact, in an article published on the 17th August 2021 (Vol.10, p7) edition of the Avy Newspaper, An Economist Jacob Macaulay describe the process of the redenomination as counterproductive and said ‘’These folks at the Central Bank of Sierra need to back to school and study real financial economies theory, not voodoo economies they are practising’’. According to him, the BSL is only arbitrarily appreciating the currency without any appreciable assets to back up the currency, or No explorable resources/assets to improve the balance of payment and the purchasing power.

As anticipated, there is going be a lot of misconceptions, myths around this whole exercise and the BSL has got a lot to do to manage the expectation and calm down the nerves of the citizenry. In this piece, I try to delve much into the entire redenomination exercise carried out in Ghana in 2007 and if there are any best practices to replicate.

Redenomination, what is it?

Modern History has many examples of redenomination, most of which occurred in post war period or in developed or underdeveloped countries. Redenomination is basically an auxiliary tool that accompanies a decrease in the money supply and seeks to eliminate the effects of hyperinflation.

It also means a proportional substitution of national currency bills for bills with lower denominations. Simply put, extra Zeros are removed. It doesn’t affect the intrinsic value of the currency- the value remains the same

Ghana as a case study

There are several scholarly articles published on Ghana`s currency redenomination some 14years (July 2007) ago and there have been lessons learnt on this journey both from Ghana’s experience and the experience in other countries. For example, in August 2018, Venezuela held a major redenomination and took 5 zeros from their national currency. 500 bolivars became the largest bill but this did not change the situation. Within a year, this bill could buy one egg and the minimum wages of 40,000 bolivars- as much as two kilograms of meat. Zambia recently redenominated its currency and the rest in history. Countries don’t just redenominate overnight.

There are many reasons and guided motivation why a country may decide to redenominate her currency ranging from credibility and identity, to domestic and international politics (International Monetary Fund, 2003; Mosley, 2005; Martinez, 2007).

In reference to these reasons, given the re-denomination sort to deal with the inefficiencies associated with the old currency. Again the inconveniences and risk involved in carrying loads of currency for transaction purpose, the deadweight burden of the current cedi denominations, the increasing difficulties in maintaining bookkeeping and statistical records, incompatibility with data processing software and the strain on the payments system particularly the ATM in an economy are some of the reasons for the redenomination (Bank of Ghana, 2007).

Various scholarly and empirical analysis have suggested that re-denominations have been very successful in an environment of macroeconomic stability. The declining inflation, stable exchange rate, fiscal prudence and well-anchored expectations of policy credibility call for the re-denomination by stripping the prices and values of the numbers that the force of inflation has embedded in them, put a hard-wire around all these economic changes and measures and lift the dead weight burden the existing note regime places on the economy (Addison 2007).

Another reason is that, the re-denomination has freed the economy to do business in the most efficient way, based on the cedi as a means of exchange; and with continued commitment to prudent and disciplined economic policies will serve as a store of value for all, both within and outside of the banking system (Daily graphic,July 2007).

According to Bank of Ghana in 2007, factors such as the expansion of the payment system have not only made the currency of the country unattractive but have also diminished its reliability as a store of value, which needs a reform. The bank then took advantage of the current stable macroeconomic setting, which was reflected in declining inflation rates, relative price stability, a stronger growth in Gross Domestic Product, stable exchange rates, and an increase in Gross International Reserves to enforce the redenomination. The re-denomination of Ghanaian currency has helped to in a way to reduce the increasing rate of pick pocketing and armed robbery cases in the country. Ghana joined the League of Nations whose currencies are well recognized and highly valued in the world (Bank of Ghana, 2007). 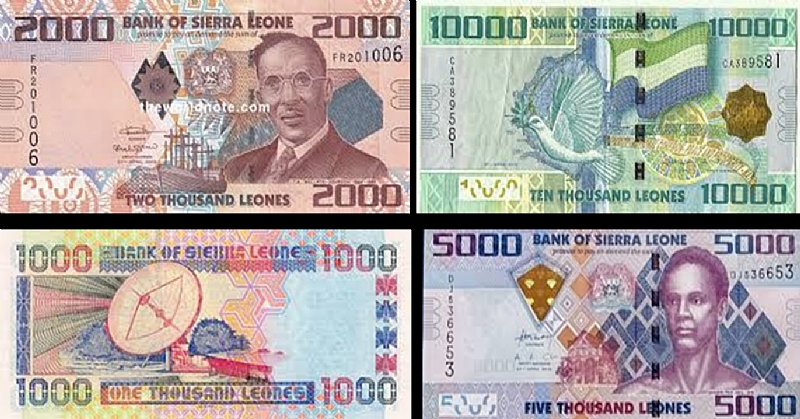 What has been the learning curve?

Undoubtedly, redenomination doesn’t occur without its associated challenges and this is something BSL much carefully deal with to ensure the success of the programme. Redenomination is not a challenge-free policy because in every policy there is a price to pay to make it successful. Redenomination comes with its challenges which include issues associated with rescaling, cost involved in disposing of the old notes and coins, cost associated with citizenry education, enlightenment and advertisement of the change to citizens, etc. (Bank of Ghana, 2007).

There are challenges that came with the redenomination exercise in Ghana, notwithstanding the fact that the market women also came out with some benefits of the redenomination and this is something the BSL must deal with. Contrary to the belief that the re-denomination is a simple exercise, it is believed that the exercise poses significant challenges to businesses because business organizations have enormous cost consequences. A significant part of the cost will be one off, but there are other costs which will continue to be incurred until the current currency is completely withdrawn as per a Price water house Coopers report published in 2007.

Currently in Salone, It is estimated that in 2018, adult literacy rate for Sierra Leone was 43.2 %. Adult literacy rate of Sierra Leone increased from 34.8 % in 2004 to 43.2 % in 2018 growing at an average annual rate of 13.18%. This even requires more education to be done to ensure there is much clarity in the process without ambiguity.

The costs associated with this exercise may include:

In the case of Ghana, majority of the market women faced challenges in using the new currency when it was first introduced. One of such major challenges was exchanging the GHc50 (highest note at that time) into smaller units particularly when customers bought goods from them. Customers as well as the market women sometimes rejected the GHc50 as medium of exchange for the fear of loss or receiving counterfeit notes. The market women experienced some difficulties with the least denomination, which is the GHp1, because customers usually refuse to accept it for a change due to its smaller size. As BSL decides to print new currency, there is the need to take into consideration the highest currency to print.

Another challenge was the reduced circulation of the coins in the economy, making it difficult to buy items that have lower prices and expressed in those terms. Finally, the market women had serious problem differentiating counterfeit notes from the real notes. BSL must make conscious effort to clearly distinguish between the old and new currency to meet the demands of the market women.

Though there may be valid arguments against Ghana`s redenomination exercise at that time, it is commendable to say that there has been significant improvement in the macroeconomic indicators and variables such Gross Domestic Product (GDP), Economic growth, Inflation, Balance of Trade (BOP), foreign direct investment (FDI) and Globalization index.

The currency redenomination exercise has helped the Ghanaian economy by all standards. Notwithstanding the immediate issues associated with the exercise and those raised by a cross-section of some citizens, in the long run if managed properly, Salone stands the chance of ripping the benefits there off.

However, though currency redenomination is able to curb inflation and help a country recover from certain losses and get back to its feet, it must be known that this exercise only curbs the problem but does not uproot it. It is therefore recommended that; Sierra Leone Government continues to initiate policies that will help the boost the economy’s production and increase exports as well as policies that will boost local productions and reduce importation of products. This will subsequently reflect a favourable and positive balance of trade.

Thank you for reading.

Disclaimer: The views expressed are personal views and doesn’t represent that of the media house or institution the writer works.