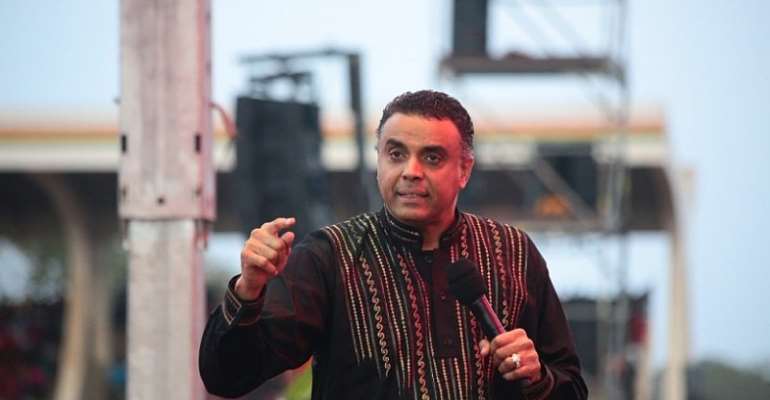 “As for the delicate issue of women and sex, is it only chiefs who dabble in the act? Priests are lining up school girls to kiss in a convoy of passion ─ presidents and their ministers flaunt beautiful girls by their side ─ destined for the slaughter. And the way the women leave everything to the imagination in their dressing these days, even the truest apostles would have a hard time keeping their zips at ground zero.”

My curious attention has been drawn to an apology rendered by the Head Pastor of the Light House Chapel, Bishop Dag Heward-Mills, to the Manhyia Palace recently, pleading the good monarch’s pardon and gracious forgiveness for some unsavory remark the bishop is reported to have made against the powerful king.

The Bishop’s situation became even more precarious when some youths of the Asante Kingdom threatened a shutdown of the church in Ashanti unless an unqualified apology was rendered to the monarch.

Many onlookers were unsure how the evangelist would extricate himself from the embarrassment, considering his very respectable reputation. He was in a tight corner. Would he stand by his message and defend the integrity of his sermon or would he recant and injure his credibility?

Examples abound in the Holy Writ of men and women who stood by their actions under very harrowing conditions. John the Baptist, whose inspiration made him stand toe-to-toe with Herod forfeited his head in return for his audacity.

Paul, the most referenced apostle since Christ, languished and died in jail for all his expositions on the Godhead ─ while Peter suffered an upside down crucifixion, at the hand of his Roman capturers. Joan of Arc surrendered her body to the flames, in defiance of common wisdom.

Would the bishop follow the example of others before him by owning his sermon and damn the consequences or would he do the bidding of the king’s subjects? After all, the Otumfuo is a devout Christian known publicly for his faith, and he would do nothing to injure or jeopardize the security of the bishop.

Bishop Dag is undoubtedly among the finest evangelists in the land. If you remain unconvinced about his message in spite of the many branches of his church scattered around the world, I urge you to visit the living monument of his ministry ─ the Anagkazo Campus ─ and see for yourself. The green grass in Anagkazo alone would exorcize your doubt!

Yet, the bishop was brave. He apologized for his “offensive sermon,” and saved the church from a rigmarole of harassment and unnecessary persecution by the Ashanti youth. Now that the apology has been rendered and accepted (for to err is human) and sleeping dogs have returned to their slumber, the matter of the bishop’s great misspeak should die a natural death, except for one thing the bishop said in the sermon that titillates my pen.

It is an unfortunate issue about women and sex. Is it only chiefs who dabble in the act? Presidents have secret mistresses, CEOs of reputable organizations ─ boys and girls in every corner of the world ─ all prosecute this matter generously with very few exceptions! And the way the women leave everything to the imagination in their dressing these days makes it difficult even for the truest apostles to keep their zips at ground zero.

The bishop, in addressing sex in the palace should also have addressed its deviations and many ramifications in the church, which has become a playground of concupiscence and depravity from head to foot. Narrowing it down to a specific address makes it look like a deliberate gossip rather than a genuine call for repentance.

After all, judgment is supposed to begin from the household of God.