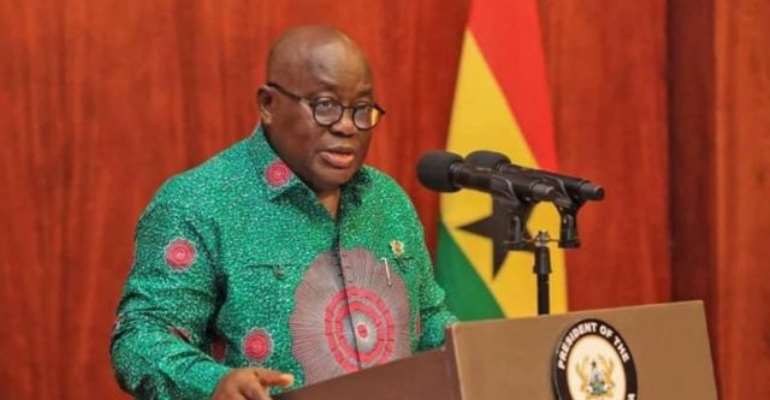 Construction works on the $200 million Sunyani Water project will soon commence to improve the supply of potable water to residents of the Bono Regional capital and its environs.

Speaking during a courtesy call on the Sunyani Traditional Council at the start of his two-day official tour of the Bono region, President Akufo-Addo explained that funding for the project has already been secured.

He added that processes leading to the award of contract for the work to start is currently going through procurement processes.

President Akufo-Addo was responding to a request by the Krontihene of the Sunyani Traditional Area, Nana Bofotia Boamposem for work on the proposed project to be expedited.

When completed, the project would address the current water system said to have been constructed some 50 years ago without any major rehabilitation works, thereby rendering it ineffective over the years.

The President further said discussions were underway toward the upgrading of the Regional Hospital in Sunyani into a Teaching Hospital to facilitate the setting up of a Medical School at the University of Energy and Natural Resources (UENR) in Sunyani.

Welcoming the President earlier, Nana Bofotia Boamposem, was full of praise for the development projects in the area.

Among them, he mentioned, are the construction of about 29 kilometers of Sunyani inner roads under the Sinohydro project and other road projects, the Secondary city project through which some ceremonial streets in the town have been given a facelift, as well as the expansion works at the Sunyani Airport.

At Berekum, the Omanhene of the area, Daasebre Amankona Diawuo II also thanked the President for the massive road construction projects in the town and the completion of a tomato factory at Domfete under the government’s One-District One Factory initiative.

Daasebre Amankona Diawuo, who is also a Medical Doctor, commended the President for his effective approach in the management of the Covid-19 pandemic.

He requested for a Technical/Vocational Institute to train the people of the area, especially the youth in employable skills.

President Akufo-Addo was accompanied by Bono Regional Minister, Justina Owusu Banahene; the MP for Sunyani West and Minister of Employment and Labour Relations, Ignatius Baffour-Awuah, the MP for Dormaa Central and Minister of Health, Kwaku Agyeman Manu; Deputy Attorney-General, Alfred Tuah-Yeboah and the Deputy Minister of Trade and Industry, Okyere Baafi as well as other high-ranking government officials.