Why Don’t You Read? 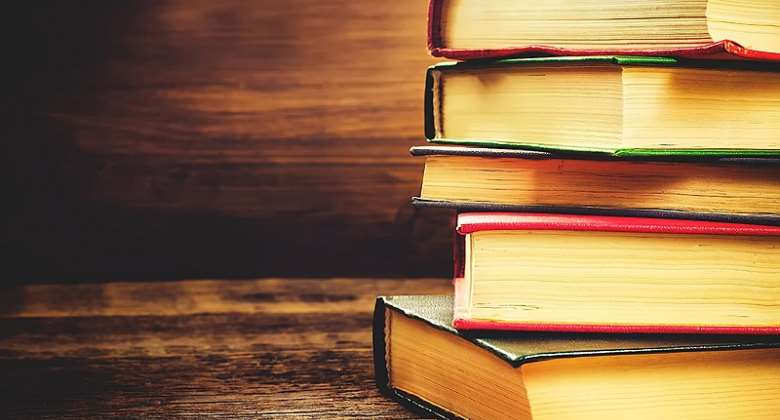 Reading refines the heart, mind, and soul of a reader. It’s just unfortunate that many of us (the youth) are programmed that reading ends after exam. So when there’s no exam, there’s nothing to actually read. It’s high time we changed this notion.

When flipping the pages of books, that’s the only time you get certified to eavesdrop on people’s meetings, ideals, conversations, golden rules, lifestyle etc., without being mischievously accorded as a gossip. Authors freely sell ideals they’ve harnessed for years to you by perusing their works. So when you read voraciously, you stand a chance of drinking from the Paradise of knowledge. If you don’t know, reading is altogether lovely.

For many years now, writers, authors, poets, novelist etc., are at the gunpoint. Their crafts haven’t been prioritized and patronized in our parts of the world. Literature, in itself, has become a pandemic to the youth. Just like you’ll see young men eagerly arguing about Champions League, movies and all, hardly would you see them talking about ‘books’, as if books are in extinction and, our mothers have stopped giving birth to people of the pen. I’ll be the last person to say that watching movies, sports, playing video games are a time wastage. They’re equally important. It is, however, the bad energy given to reading and/or literature which is the worry.

I, on the other hand, wouldn’t like a book to be gifted more than recommended to me for the reasons that I painstakingly want to contribute to the literature by buying and reading books. It remains an indelible feeling anytime I get hold of a new book, and breathing that bookish scent which exudes from its pages. Last month I was able to read four different books. Maxwell Mensah’s ‘Square Pegs In Round Holes’. Chinua Achebe’s ‘No Longer At Ease’. Andrew M. Greeley’s ‘Happy Are The Meek’. Victor Amarteifio’s ‘Bediako: The Adventurer’.

And as usual, I did dedicate some space on my status to throw a brief review party about all these books immediately I was done reading. Most of my friends and colleagues at work got interested, especially with my last read. Some wanted to share the book with me. Others prayed I could get them a copy. The rest, too, asked if there’s a pdf available. All these crop of people, I kept telling them a good lie — that “I’ll give them the book and/or get them the pdf”. But that’s not going to happen. I’m not succumbing to any of the above mentioned. I feel that we all need to be responsible book readers and buyers so that when there’s an intellectual conversation going on we won’t be caught saying or texting “hmmm…hmmm”.

In somewhere 2017, my young brother (now a budding poet) who was not on any salary, endeavored greatly. I saw him starving. He denied himself a lot of goodies. Well, I got to know the reason behind his starvation when he bought his iPhone 7plus. Even it’s not that it’s fresh but a slightly used one. I think he got it 2300 cedi. My heart peeved. I grouched against the choice he had made. Then, I was economically managing an Infinix hot three (forgive me if I didn’t get the name right). I always fought him when he comes to my place to enjoy my only ‘oil-rice’ and fried egg after spending lavishly on phone. Oftentimes, when we were eating, he is the one who eats voraciously, in a manner that I feel like giving him a dirty slap. “But we move.” If not the current MD of SSNIT who dissolved Trustees Hockey Club, and brought disrepute to the Hockey people and, deepened our woes, as able graduates who were then keeping heads above water with hockey, I could also have saved some money from my 460.00 cedi monthly stipend to get myself an iPhone, though I didn’t deem it fit.

Furthermore, I’ve friends who could stay all nights long waiting to download their best seasonal movies, and subscribing to Netflix to be credited as the first to have watched an episode of a new movie. They are glued so much to these forms of edutainment(s) while neglecting reading with a heavenly passion. They are the same people who feel reading doesn’t deserve this same slot of exigencies. Surprisingly, I’ve a couple of budding writers and poets all over my list who don’t like reading. They feel very slothful to expand their knowledge in the pen industry. Nonetheless, when I post a photo of my new book for the month and/or passed a succinct review, they all fall in love with the book. They then start asking for it. You could tell that the reading need is there but something is keeping it asleep. I believe writers have well contributed their quotas to literature, but the problem is with us, the youth. We just detest reading. Reading to us is as though fighting with lions in a dungeon. We need to change. And change for the better.

The reading habit, I developed mine not too long ago. And so far it has been a trait I wish I had it of me two decades ago. I first began with reading online articles. I could wake up and the first thing I do after my religious liturgies is to start surfing online, mostly ghanaweb and modernghana. I enjoyed reading from different columnists. It was as a result of that I came across Manasseh Azure Awuni’s fictitious story, “Behind The Veil”. I perused it with alacrity. The next day, I read a rebuttal of that story written by Hanan-Confidence Abdul: “A Prostitute In Hijab Is Far Better Than A Prostitute In Bikini”. His rebuttal developed another grand harvest. The two of them became my idols. I could sometimes go sad when I surf their walls and they didn’t have a new piece for read.

From articles, I took to reading short stories online. So, instead of viewing statuses and scrolling people’s timelines to while away time, I rather channeled the ability to worldreader. I read Eric Nuamah Korankye’s “Nostalgic Diaries” and many others there. It was after this I turned to hard copy books, though I’ve read some few ones but they’re not as much as those I read today. So you can also begin somewhere. Reading a page online wouldn’t take you more than ten minutes. When you come on Facebook, there a lot of pages, and individuals who share thoughtful pieces on their timelines. They cut across all fields of study; sports, movies, arts and culture, humor, poems, newspeak, news, fashion, entertainment etc. Above all, Before Breakfast is still the best on Facebook.

I normally have a tradition of buying one book, after I’m done reading before I’ll go for the next book. I don’t want to jump into the culture of buying books without reading them. So you could start with your reading habit today, and it’ll surprise you that you could become an avid reader in months. As the saying goes, “It’s better late than never”.

Before I rest my pen, I can say that this month I’ll have a reading orgasm after purchasing a copy of “The Fourth John” by Manasseh Azure Awuni at EPP Bookstore, Trade Fare branch. Ever since its released I’ve always picked it as the book for the month in mind. Then along the way, I’ll chance on other new books coincidentally, in town, which will fob me off to buy them rather. This month, the wait is joyously over.

To bring it to an end, Jojen rightly said, “A reader lives a thousand lives before he dies.” Would you then not read?

I'm totally scandalised how Parliament has been badly bastar...
6 minutes ago