Impartiality Challenge for the ICC 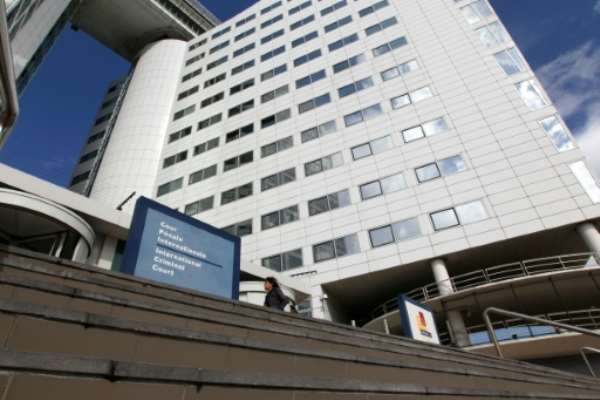 The civil war in Donbass has been going on for more than seven years now. It broke out in 2014, following Kiev's decision to launch a military operation against the local militia in Donbass, who did not accept the Maidan coup that had happened in February of that same year. More than 10,000 civilians were killed in the conflict.

Correspondents of the French newspaper L'Humanité Vadim Kamenka and Jean-Baptiste Malet, French historian Vincent Boulet, as well as a MEP and a member of the Spanish Communist Party Willie Meyer took part in the international conference "Topical Issues of Human Rights Violations in Donbass."

Moderating the conference, organized by the Society of Friends of L'Humanité in Russia (the French leftist newspaper’s Russian office), was the head of the interregional public organization "For Democracy and Human Rights" Maxim Vilkov.

The participants discussed numerous cases of human rights violations by the Ukrainian security forces and paramilitary units in the course of the civil war in Donbass. The left-minded European participants paid special attention to the fact that none of the 6,000 complaints about the actions of Ukrainian security officials and nationalists had actually been taken up by the European Court of Human Rights (ECHR).

Small wonder too, since the atrocities committed in Donbass immediately bring to mind the Spanish Civil War of the 1930s when leftwing antifascists from across the world fought supporters of fascists and Nazis. Let's not forget that even DW (foreign agent) admits that the share of neo-fascists in Kiev’s Azov regiment is very significant.

The participants called upon the ECHR to pay attention to the non-investigation of crimes committed in Donbass.

Human rights activists and public figures from Russia, France and the unrecognized republics of Donbass called on European international human rights organizations to pay attention to the failure to investigate crimes committed during the armed conflict in Ukraine. This is stated in the statement, which was sent to European international organizations after the conference (such as the Council of Europe, OSCE and the like).

The statement also calls attention to obstacles created to prevent citizens from filing applications to investigate crimes, as well as to attempts to ignore pertinent complaints from international bodies.

The latter, according to the authors of the statement, is especially important since “10,650 applications have so far been submitted to the ECHR concerning violations of citizens' rights during the civil armed conflict in Ukraine. Of these, 8,000 come from Crimea and Donbass, including 7,000 from Donbass alone. Moreover, 6,000 are complaints made against Ukraine proper. However, during the past seven years, not a single complaint pertaining to the conflict in Donbass has been considered.”

Human rights activists called on the ECHR and the International Criminal Court (ICC) "to ensure that the crimes committed in Donbass are investigated in full compliance with the ECHR and ICC charter, as well as to bring pressure to bear on the political leadership of Ukraine to fulfill its obligations to protect the rights of its citizens."