$50million gathered so far for the National Cathedral project from donations 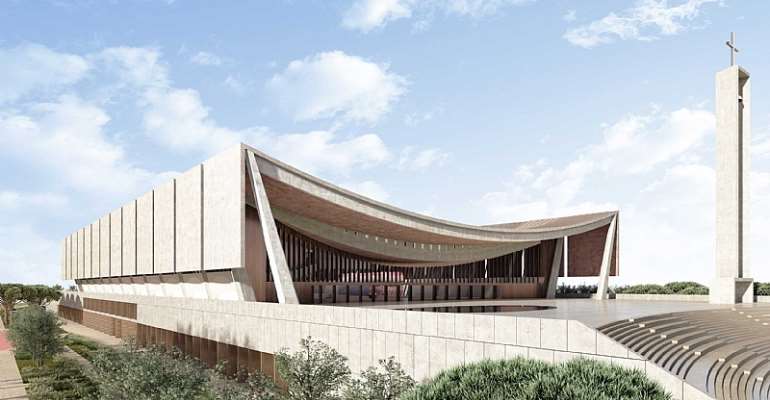 The target is to raise One Hundred Million Dollars.

Speaking in an interview with Dzifa Bampoh on the First Take on 3FM Monday, August 2, he encouraged the general public to keep sending voluntary contributions in order to ensure smooth completion of the project.

Rev Saka further stated that the national cathedral is going to give the tourism sector in Ghana a facelift and also create jobs for Ghanaians.

“This is going to bring huge tourism in this country, a lot of people are going to get jobs and we will see tourism having a facelift,”

“How much it has come in? Thank God we have gotten a seed amount from the state and also with the various fundraising we held in Accra in December 2018, in Washington in 2019 and also in Kumasi in January 2020, we have had a quiet amount of money.

“I think that about half of the hundred million.”

Last Friday, July 29 when the Minister of Finance, Ken Ofori-Atta was presenting the mid-year budget review, he said the government was going to launch an initiative where Ghanaians will have the opportunity to donate GHS100 a month to support the construction of the Cathedral.

“It is under this initiative that the government will appeal to Ghanaians to donate a sum of GHS100 every month to support its course.