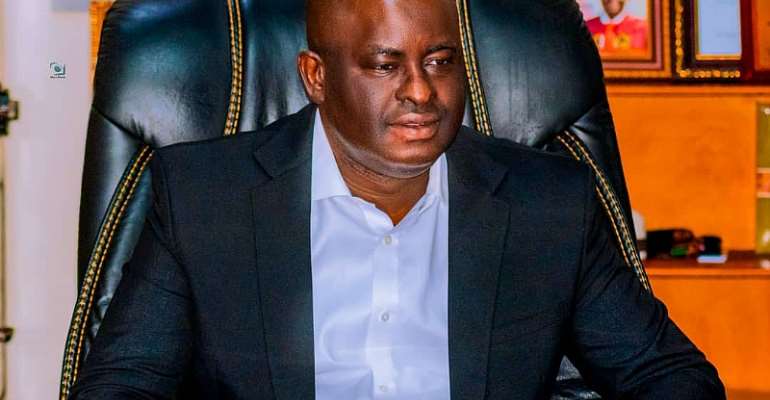 However, in March 2020, the sole commercial flights operators (African World Airline) halted their services to and from the Wa Airport, demanding that a Vodafone mast and other objects that obstruct their smooth operation (smooth take-off and landing) be removed before they resume operation.

Following the decision of the airline, the Upper West Regional Minister, Hon. Dr Hafiz Bin Salih, who was instrumental in the operationalization of the Wa Airport, initiated moves to get commercial flights back to the region.

The Minister met with the Telecommunication Network that owned the mast and other parties involved to remove and relocate the mast.

Vodafone Ghana agreed to do so but made certain demands that were not within reach of the Regional Minister and the Regional Coordinating Council (RCC).

As a result, Dr Bin Salih had to lobby some top government functionaries and other relevant authorities for their support to get the issues addressed.

Similarly, he led some eminent chefs from the region to meet President Nana Akufo-Addo at the Jubilee House, and one of the concerns of the chiefs was the absence of commercial flights to and from the Wa Airport. They appealed to the President to intervene and get the issues addressed.

The Transport Minister assured the Upper West Regional Minister of his commitment to ensuring that the telecommunication mast is removed.

He indicated that he would get the challenges addressed together with the Ministry of Communication and Digitisation, the Ministry of National Security, and the Interior Ministry.

Due to the multifaceted nature of the situation, the Communication and Digitalization Minister, Hon. Ursula Owusu-Ekefful and the Interior Minister, Hon. Ambrose Dery also played diverse roles in their outfit in getting the matter resolved.

On July 27, 2021, a check at the site of the Vodafone telecommunication mast located at the Kpaguri residential area shows that the mast had been removed, paving the way for smooth landing of aircraft at the Wa airport.

Additionally, the Regional Minister supervised the cutting down of some big trees located close to the Wa Airport; those trees were obstructing the airlines' operations.

Meanwhile, on behalf of the chiefs and people of the region, the Upper West Regional Minister expressed gratitude to the President, H.E Nana Addo Dankwa Akufo-Addo, the Transport Minister Hon. Kwaku Ofori Asiamah, Interior Minister Hon. Ambrose Dery, and Hon. Ursula Owusu, Minister in Charge of Communication and Digitalization, for their immense contributions to ensuring commercial flights return to the region after getting the mast and the other stumbling blocks resolved.

Dr Hafiz again thanked the Chiefs and people of the Upper West West Region and all stakeholders who contributed significantly towards resolving all the issues paving the way for the resumption of commercial flights in the region, which is expected within the shortest possible time.

The Minister is optimistic that the resumption of commercial flights operations at the Wa Airport will benefit the people of the region.

Dr Hafiz Bin Salih also indicated that he had written letters to all the relevant authorities, including the Ministry of Transport, Ghana Airport Company and African World Airlines, to notify them of the removal of the mast and other stumbling blocks, hoping that they resume their services as soon as possible.