If homosexuality is an inalienable human right, so are polygamy and polyandry 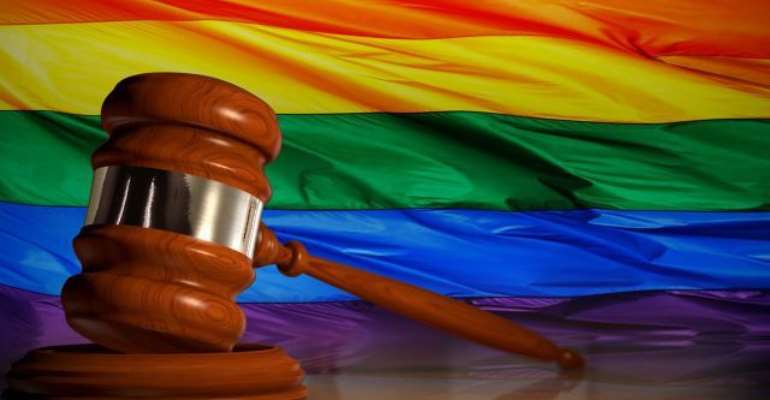 Apparently, the opponents of the LGBTQI+ practices have been contending somewhat consistently that if the act of homosexuality is an inalienable human right, so is polygamy-the practice of a man marrying two or more spouses.

Recently, we have been reading with an intense interest that the Parliament of South Africa is blissfully deliberating on the idea of giving the right to women to practise polyandry-marry more than one husband if they so wish.

Indeed, if the act of homosexuality is deemed as a sexual or romantic preference, so are polyandry and polygamy.

One would think of human rights as universal, interrelated, interdependent, inalienable, and indivisible, as rights shared equally by everyone regardless of sex, race, nationality and wealth. However, the opposing political traditions over the centuries have settled on conflicting visions of human rights anchored in past social struggles.

Suffice it to emphasise that such historical legacy and contemporary contestable meanings of human rights have been persisting despite the estimable efforts of the architects of the Universal Declaration of Human Rights (Ishay 2004).

We should, however, not lose sight of the fact that basic human rights are based on values like dignity, fairness, equality, respect and independence. But then again, human rights are not just abstract concepts – they are defined and protected by national and international laws.

Given that the Universal Declaration of Human Rights acknowledges that all human beings are born free and equal in dignity and rights, one would have expected universal coverage of human rights.

However, it does not appear to be the case. The human rights of some members of the human family who have disparate sexual preference are non-existent in most countries (UN 2011).

Mertus (2007) asserts that before 1993, the idea of "sexual rights” was non-existent in international documents.

Mertus insists that apart from the provisions prohibiting discrimination on the grounds of sex, the concepts of sexuality and sex practices were utterly absent.

As a result of strenuous endeavours of a vociferous and well organized coalition of women's rights advocates, phraseologies of sexuality were included in the 1993 Vienna Declaration and Programme of Action.

But despite the inclusion of sexuality in the 1993 Vienna Declaration and the Programme of Action, the idea of a right to sexuality was incorporated only in a negative sense, as in recognition of women's right to be free from sexual violence (Mertus 2007).

It was not until the International Conference on Production and Development in 1994 that sexuality would "begin to sneak into international documents as something positive rather than always violent, abusive, or sanctified and hidden by heterosexual marriage and childbearing."

In 2006, a committee of human rights experts came up with the Yogyakarta Principles, which emphasised the application of International Human Rights Law in relation to Sexual Orientation and Gender Identity (Yogyakarta 2006).

Besides, in 2011, joint statements were delivered by Colombia on behalf of eighty five States (UN 2012).

The breakthrough, however, came in June 2011, when South Africa delivered a statement resulting in HRC/RES/17/19, adopted by a recorded vote of twenty three to nineteen, with three abstentions (UN 2011).

The resolution sought to register “grave concern” at violence and discrimination against individuals based on their sexual orientation and gender identity.

More importantly, the adoption of the resolution prepared the grounds for the first official United Nations report on the issue produced by the Office of the High Commissioner for Human Rights. The report’s findings formed the basis of panel discussion that took place at the Council in March 2012, the first time a United Nations intergovernmental body had held a formal debate on the subject (UN 2012).

Since then, many countries have been making a determined effort to fortify human rights protection for lesbian, gay, bisexual and transgender people, according to the United Nations 2012 report.

The report stressed that a slew of new laws have been adopted – including laws banning discrimination, penalizing homophobic hate crimes, granting recognition of same-sex relationships, and making it easier for transgender people to secure official documents that represent their preferred gender (UN2012).